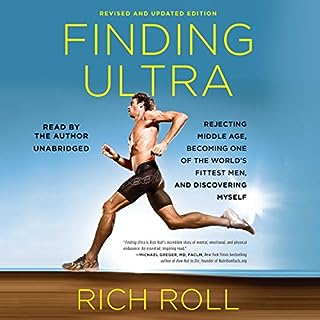 Finding Ultra is Rich Roll's incredible but true account of achieving one of the most awe-inspiring midlife physical transformations ever. One evening in 2006, before turning 40, Rich experienced a chilling glimpse of his future. Nearly 50 pounds overweight at the time and unable to climb the stairs without stopping, he plunged into a new way of eating that made processed foods off-limits and prioritized plant nutrition and daily training. Rich morphed - in mere months - from out-of-shape midlifer to endurance machine. Revised and updated edition with a new and original foreword and a bonus chapter.

Very inspirational and motivating. I will listen to again when I need to be recharged. 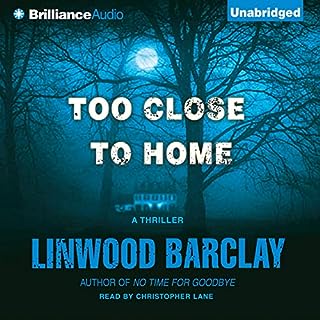 In a quiet suburban neighborhood, in the house next door, a family is brutally murdered for no apparent reason. You can't help thinking, "That could have been us". And you start to wonder, "What if we're next?" That's the question Jim and Ellen Cutter are asking, and the answers aren't reassuring.

Sadly, Had to return

I think the story was brilliant, but I just couldn't listen to the "he said" "she said" anymore. I don't recall this being so invasive in other audiobooks or if it was the narration. I really wanted to listen, maybe this will be a book I need to read instead. 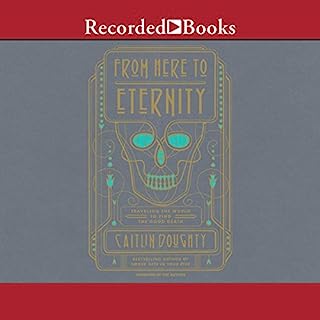 Fascinated by our pervasive terror of dead bodies, mortician Caitlin Doughty set out to discover how other cultures care for their dead. In rural Indonesia, she observes a man clean and dress his grandfather's mummified body. Grandpa's mummy has lived in the family home for two years, where the family has maintained a warm and respectful relationship. She meets Bolivian natitas (cigarette-smoking, wish-granting human skulls) and introduces us to a Japanese kotsuage.

Loved it. It really makes thinking of death much easier..
Very Entertaining. Caitlyn is amazing and hilarious.
Smoke Gets In Your Eyes is another fantastic book of hers. 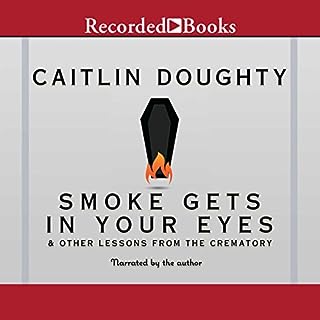 Most people want to avoid thinking about death, but Caitlin Doughty - a 20-something with a degree in medieval history and a flair for the macabre - took a job at a crematory, turning morbid curiosity into her life’s work. With an original voice that combines fearless curiosity and mordant wit, Caitlin tells an unusual coming-of-age story full of bizarre encounters, gallows humor, and vivid characters (both living and very dead).

I broke into laughter while listening. Great narration. All authors should read their own books.