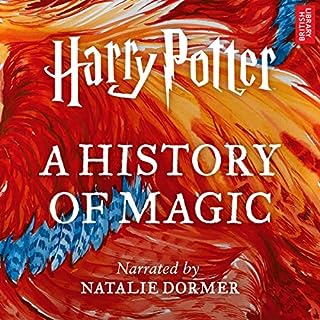 The history of magic is as long as time and as wide as the world. In every culture, in every age, in every place and, probably, in every heart, there is magic. Harry Potter: A History of Magic reveals some of the hidden stories behind real-world magic and explores some of J.K. Rowling's magical inventions alongside their folkloric, cultural and historical forebears.

A great fix for a dedicated fan

Natalie Dormer does a fantastic job narrating, and i appreciated the way the topics were broken up into parts to keep up the listener’s interests. I also followed along with the hard copy of A History of Magic, which meant i could see the pictures and artifacts being described. I also loved the way they described how magic frequently paved the way for science, and described many scientific innovations with the same tones of wonder and discovery. Loved it! 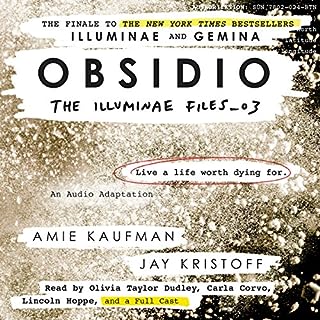 Kady, Ezra, Hanna, and Nik narrowly escaped with their lives from the attacks on Heimdall station and now find themselves crammed with 2,000 refugees on the container ship Mao. With the jump station destroyed and their resources scarce, the only option is to return to Kerenza - but who knows what they'll find seven months after the invasion? Meanwhile Kady's cousin, Asha, survived the initial BeiTech assault and has joined Kerenza's ragtag underground resistance.

An epic ending to a well done series!

Loved the full cast, loved the sound effects! AND I caught a bunch of Hamilton (the musical) references, confirmed by the author!