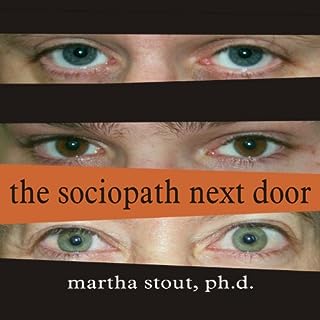 We are accustomed to think of sociopaths as violent criminals, but in The Sociopath Next Door, Harvard psychologist Martha Stout reveals that a shocking 4 percent of ordinary people, one in 25, has an often undetected mental disorder, the chief symptom of which is that that person possesses no conscience. He or she has no ability whatsoever to feel shame, guilt, or remorse. One in 25 everyday Americans, therefore, is secretly a sociopath.

Who knew that 1 in 25 people are born without a conscience? The examples in the book of these people in our every day lives was fascinating. I see a lot of politicians and other public figures obviously have no conscience. Hitler had no conscience and other historical figures. Not just the authors research but many others as well.