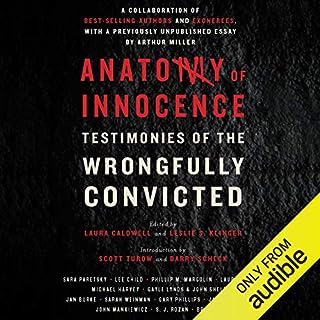 Recalling the great muckrakers of the past, an outraged team of America's best-selling writers unite to confront the disasters of wrongful convictions. Wrongful convictions, long regarded as statistical anomalies in an otherwise sound justice system, now appear with frightening regularity. But few people understand just how or why they happen and, more important, the immeasurable consequences that often haunt the lucky few who are acquitted years after they are proven innocent.

I really enjoyed the way this book was played out. The short stories of each individual melded into a whole. I found it fascinating and disturbing. Makes one not want to visit Chicago. 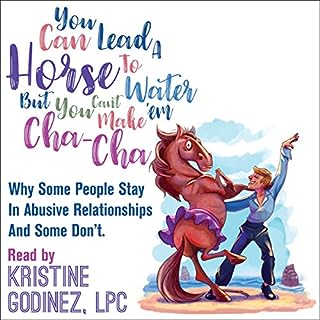 This new audiobook by Kris Godinez gives a conglomeration of case studies to illustrate what motivates and drives an abusive relationship and why some people stay and others don’t.

Overall it was good.

My therapist recommended this book and it gave me some eureka moments.
Overall it explained many different personalities and traits of abusers.
It was heavy on term and acronym clarification.
It was very skinny on how to get your life back on track and suggested therapy. Well, that's why I'm in therapy. 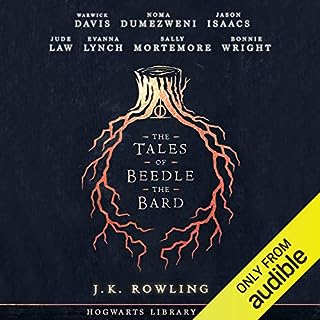 Performed by talented actors from across the Wizarding World, this is the first ever audiobook edition of The Tales of Beedle the Bard, which was originally written in 2007 by J.K. Rowling and has raised money for her children's charity Lumos ever since. As familiar to Hogwarts students as "Cinderella" and "Sleeping Beauty" are to Muggle children, Beedle's stories are a collection of popular fairy tales written for young witches and wizards. So, if you're wondering what's in store in this brand-new audio edition...well, your ears are in for a treat.

It brings to mind the expansive world of Tolkien and the Lord of the Rings. It make me wish JK Rowling would create more books for the wizarding world.
Great book! 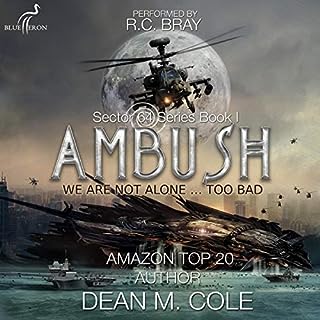 The galaxy’s predominant species discovers a lost colony of their ancestors - humans - populating today’s Earth. Then, our genetic link draws the attention and enmity of their galactic rivals. When a plan to elevate present-day Earth leads to an alien invasion, a team of military officers may be all that stands between humanity and certain annihilation. Independence Day meets The X-Files when Air Force fighter pilots Jake Giard and Sandra Fitzpatrick join a decades-old secret project to integrate today's Earth into a galactic government.

The story was good, narrator awesome (as usual)
I enjoyed this book...here's the catch...sort of. There were a couple of things that annoyed me about it.
1. He said sardonically, he thought sardonically, he said with a sardonic smile. I am 52 years old and I'm pretty sure that if you added up all the "sardonics" from the thousands of books I've read (listened to), it would not equal how many times this word was used in this book.
2. Women are portrayed as being teary eyed, overly emotional and dramatic . Being a woman I kept rolling my eyes and muttering sardonically "Oh Puhleeeze"
Storyline excellent and if you can get past all the sardonics and twitty twits, it's a light listen. 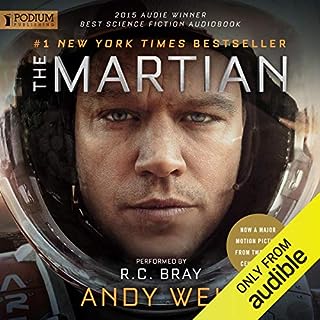 Six days ago, astronaut Mark Watney became one of the first people to walk on Mars. Now, he's sure he'll be the first person to die there. After a dust storm nearly kills him and forces his crew to evacuate while thinking him dead, Mark finds himself stranded and completely alone with no way to even signal Earth that he's alive - and even if he could get word out, his supplies would be gone long before a rescue could arrive. Chances are, though, he won't have time to starve to death. The damaged machinery, unforgiving environment, or plainold "human error" are much more likely to kill him first.

Story: Excellent!
Narrator: Superb!
I haven't listened to a book, in a while, that made me want to cheer out loud.
FAN-FRICKIN-TASTIC!!! 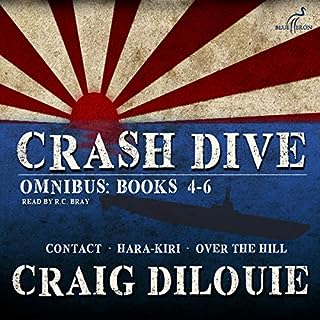 A deviation from my regular genre and I am glad I did. Action and adventure from beginning to end.
Historically accurate as well.
I highly recommend the Crash Dive series.
Craig DiLouie and RC Bray made an awesome team. 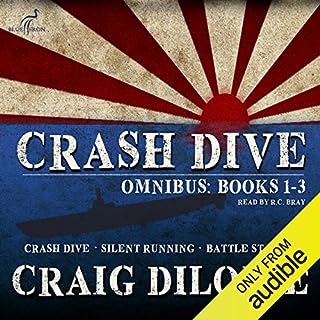 Crash Dive, Book 1: October 1942 - The United States and the Empire of Japan are at war. Charlie Harrison, a young and ambitious lieutenant, reports for duty aboard the S-55, a worn-out WWI-era submarine. While the Battle of Guadalcanal rages on land, air, and sea, the captain plans a daring attack against Rabaul, the heart of Japanese power in the South Pacific. There, the hunter will become the hunted.

R.C. Bray is by far the best narrator in the business. He brought Craig DiLouie's Crash Dive to life. I could almost smell the diesel fumes and feel like confinement of the submarine.
Great deal, 3 excellent books for 1 credit. Can't wait to start the next 3. 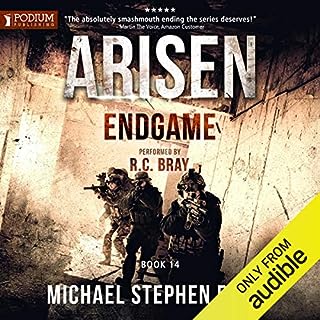 This is it. Alpha team goes once more into the breach. On what will be their final missions ever in the Zulu Alpha - and the fight of their lives — Homer & Ali, and Predator & Juice, launch out into the terminal post-Apocalypse, as London is overrun by the very last rush of death covering the entire planet. Neither mission can fail, but can all four teammates survive? Or will some go down safeguarding the lives of those they love more than life itself?

From start to finish, first book to last, an amazing thrill ride!!! Now my favorite series of all time! The action, humor, characters, ups and downs make Arisen the best series of novels in this genre.
If I could give it 10 stars I would.
I listened to this last one, savoring every word because I didn't want it to end.
The characters are fantastic and over the last few months they have been an integral part of my day. I'm sad these books are over. If I didn't have a plethora of new books waiting, I'd start these all over again.
Hooray and kudos for Mr. Fuchs and another frickin GREAT job by Mr. Bray! 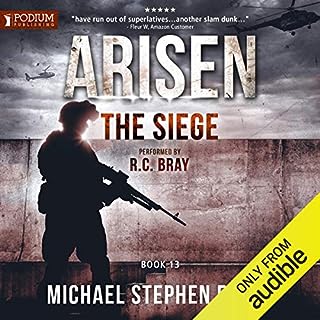 In the north, the collapsed section of the Wall is defended only by the decimated remains of 2 PARA. Even reinforced by Jameson and the exhausted Royal Marines of One Troop, it's a doomed delaying action at best - and the last choke point in the entire ZA faces an incoming tide of dead stretching to the ends of the Earth. Meanwhile, hunkered down at CentCom, the unified ranks of our heroes, led by Ali and Fick, work furiously to fortify and reinforce what will be humanity's final fallback position - forever.

I almost don't want to listen to the last book as it will mean the end of an amazing, action packed series. Excellent!!! 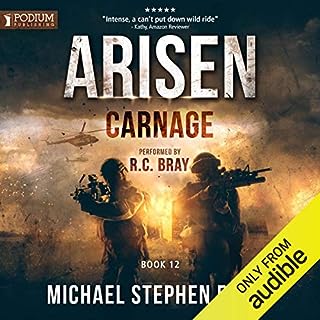 After recovering Patient Zero, Alpha must escape Africa to end the ZA once and for all. But they can feel the hot breath of a reinforced and vengeful Spetsnaz team on their necks - and there can be no escaping the reckoning of an ultimate sniper showdown between Ali and Vasily, and an incomparably brutal iron-cage Texas death match between Predator and Misha. For the first time, all the teams will come together and must fight as brothers for any chance of making it back to Britain. And only one thing is certain - not everyone is walking away from this one.