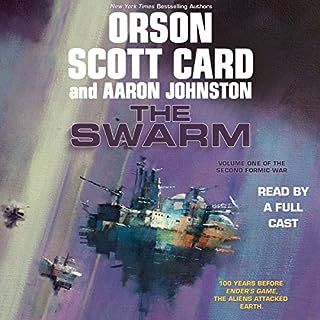 The first invasion of Earth was beaten back by a coalition of corporate and international military forces and the Chinese army. China has been devastated by the Formic's initial efforts to eradicate Earth life forms and prepare the ground for their own settlement. The Scouring of China struck fear into the other nations of the planet; that fear blossomed into drastic action when scientists determined that the single ship that wreaked such damage was merely a scout ship. There is a mothership out beyond the solar system's Kuiper Belt, and it's heading into the system.

Could the prequels be better than the sequels??

In my opinion yes! I loved the First Formic War series and I love the Second Formic war even more! Great book.