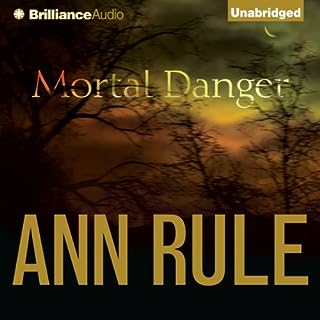 Only Ann Rule, who unknowingly worked alongside the smart and charming Ted Bundy - America's most notorious serial killer - could lend her razor-sharp insight into these cases of the spouse, lover, family member, or helpful stranger who is totally trusted but whose lethally violent nature, though masterfully disguised, can and will kill.

really interesting cases, as always, held my interest the entire time. sad the author is no longer with us 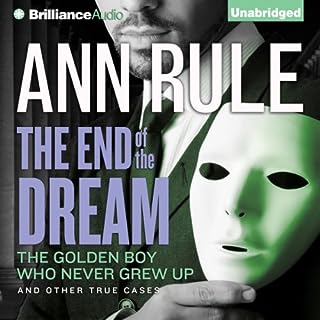 They were best friends, four talented and charismatic young men who lived charmed lives among the evergreens of Washington state: Kevin, the artist; Steve, the sculptor; Scott, the nature lover and unabashed ladies' man; and Mark, the musician and poet. With their stunning good looks, whip-sharp minds, athletic bodies - and no lack of women who adored them - none of them seemed slated for disaster. But few knew the reality behind the leafy screen that surrounded Seven Cedars, Scott's woodland dream home....

one of the weirdest crime cases, totally hooked

this covers three cases, but the first case is the majority of the book. for once, it's not about murder, but a serial bank robber. he is so interesting and his background that led him to do it. 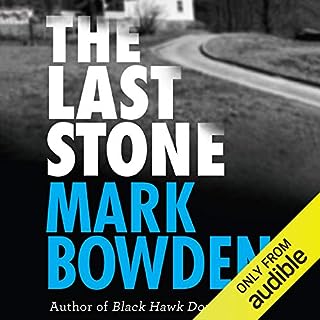 On March 29, 1975, sisters Katherine and Sheila Lyons, ages 10 and 12, vanished from a shopping mall in suburban Washington, DC. As shock spread, then grief, a massive police effort found nothing. The investigation was shelved, and the mystery endured. Then, in 2013, a cold case squad detective found something he and a generation of detectives had missed. It pointed them toward a man named Lloyd Welch, then serving time for child molestation in Delaware.

I listened to this one on a whim, and wow. It just goes deeper and deeper down the rabbit hole. The murderer is so cunning and spins so many stories it really had me guessing until the end. One of the best true crime narratives I've listened to on audible. 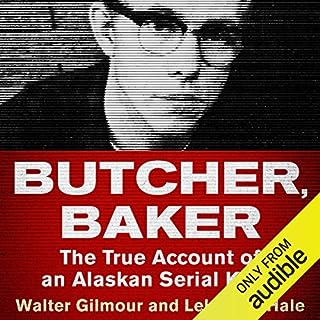 As oil-boom money poured into Anchorage, Alaska the city quickly became a prime destination for the seedier elements of society: prostitutes, pimps, con men, and criminals of all breeds looking to cash in. However, something even worse lurked in their midst. To all who knew him, Robert Hansen was a typical hardworking businessman, husband, and father. But hidden beneath the veneer of mild respectability was a monster whose depraved appetites could not be sated. From 1971 to 1983, Hansen was a human predator, stalking women on the edges of Anchorage society.

This was a terrifying listen, how long he got away with what he did. Some parts of it were hard for me to listen to. The narrative was well done and so was the story telling. 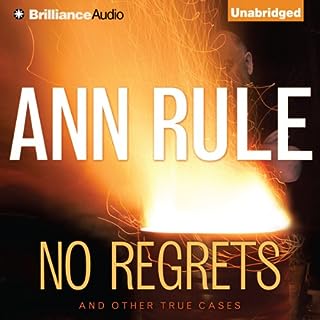 A ship's pilot legendary for guiding mammoth freighters through the narrows of Puget Sound, Rolf Neslund was a proud Norwegian, a ladies' man, and a beloved resident of Washington State's idyllic Lopez Island. Virtually indestructible even into his golden years, he made electrifying headlines more than once: after a ship he was helming crashed into the soaring West Seattle Bridge, causing millions in damages; and following his inexplicable disappearance at age 80. Was he a suicide, a man broken by one costly misstep? Had he run off with a lifelong love? Or did a trail of gruesome evidence lead to the home Rolf shared with his wife, Ruth?

Another great and well researched listen from Ann Rule. The story of Rolf Neslund should be turned into a film, it was crazy. One of the best from her anthologies - for the stories alone. 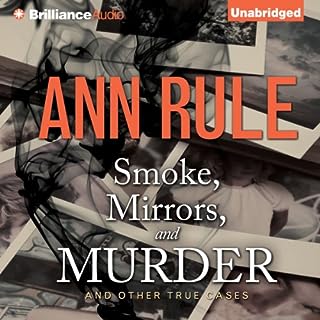 In some murder cases, the truth behind the most tragic of crimes crystallizes with relative ease. Not so with these fascinating accounts drawn from the personal files of Ann Rule. What happens when the case itself becomes an intractable puzzle, when clues are shrouded in smoke and mirrors, and when criminals skillfully evade law enforcement in a maddening cat-and-mouse chase? Even the most devoted true-crime listener won't predict the outcome of these truly baffling cases until the conclusions revealed in Ann Rule's marvelously insightful narrative.

I'm Addicted to These

I binge listen to these anthologies, they're so interesting and the cases are obscure and often I haven't heard anything about them before. Ann Rule does such a great job researching, and drawing modern-day parallels for older cases. 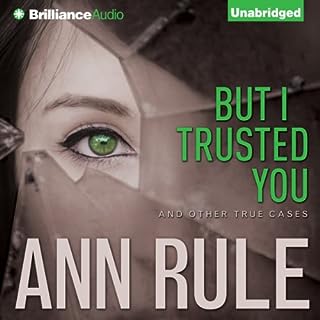 The most fatal mistake? Trust. It's the foundation of any enduring relationship between friends, lovers, spouses, and families. But when trust is placed in those who are not what they seem, the results can be deadly. Ann Rule, who famously chronicled her own shocking experience of unknowingly befriending a sociopath in The Stranger Beside Me, offers a riveting, all-new collection from her true-crime files, with the lethally shattered bonds of trust at the core of each blood-soaked account.

Some Unique Stories I Never Heard Before

I love these anthologies by Ann Rule. You get a few stories out of one book and it's great for the busy person. These crimes were unique to me and sort of flabbergasting. Def worth a listen. I enjoy this narrator for the most part but she has some odd pronunciations of words that stands out. Lived for instances she'll pronounce like live music, live-ed, when she means he lived. 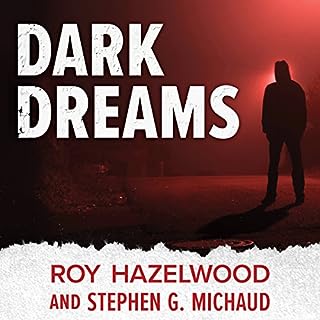 Profiler Roy Hazelwood is one of the world's leading experts on the strangest and most dangerous of all aberrant offenders - the sexual criminal. In Dark Dreams he reveals the twisted motive and thinking that go into the most reprehensible crimes. He also catalogs the innovative and remarkably effective techniques that allow law enforcement agents to construct psychological profiles of the offenders who commit these crimes.

I could hear background noise, mic pops and more. was very distracting and made it hard to get through the book. I've heard the narrator before, he's good. the book is ok, but author doesn't have the flare for story telling that John Douglas does. he's sometimes too descriptive. 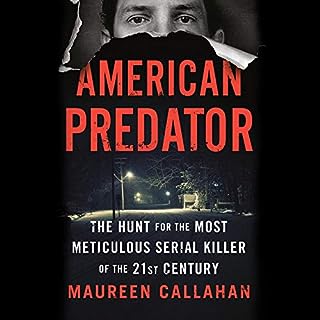 The names of notorious serial killers are usually well-known; they echo in the news and in public consciousness. But most people have never heard of Israel Keyes, one of the most ambitious and terrifying serial killers in modern history American Predator is the ambitious culmination of years of interviews with key figures in law enforcement and in Keyes's life, and research uncovered from classified FBI files. Callahan takes us on a journey into the chilling, nightmarish mind of a relentless killer, and to the limitations of traditional law enforcement.

I had never heard much about this killer and this book really provides a comprehensive overview of everything. Super interesting listen. Does a good job of sharing the details without overdoing it. 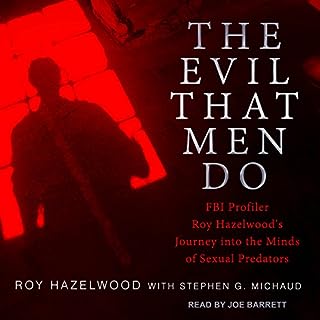 Twenty-two years in the FBI, 16 of them as a member of the Bureau's Behavioral Science Unit. Roy Hazelwood, like many investigators, has seen it all. But unlike most, he's gone further into the dark and twisted psyches of serial killers and sadistic sexual offenders and has emerged as one of the world's foremost experts on the sexual criminal. Acclaimed true-crime writer Stephen G. Michaud takes you into the heart of Hazelwood's work through dozens of startling cases, including those of the Lonely Heart Killer, the "Ken and Barbie" killings, and the Atlanta Child Murders.

Graphic but a good listen

Be warned this book gets into more graphic detail about sexual assault than most. Covers some cases I didn't know about before, takes a new perspective on ones I did. I enjoy the narrator as well. Overall, solid true crime overview book.