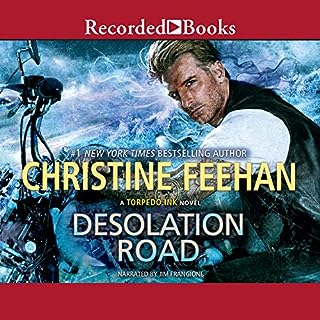 Torpedo Ink is Aleksei “Absinthe” Solokov’s whole life. They’re his brothers, his family - his everything. But that doesn't stop him from wanting something that only belongs to him. That’s why the tough biker has spent the last six weeks at the library, reading every book he can get his hands on and watching the prim and proper librarian who makes his blood rush. For the past six weeks, Scarlet Foley has been fantasizing about the handsome, tattooed man whose eyes follow her every move. But Scarlet has a plan to carry out, and she can’t afford any distractions.

I think that this ranks up there with a lot of Christine Feehan's other. books. I do prefer Tom Stechschulte as a narrator though. 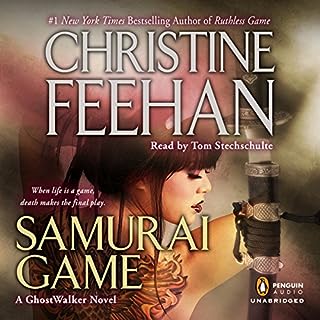 In an underground club, a high-ranking public official spends his secret nights indulging in fantasies as exciting as they are depraved. For a seductive employee of the Dungeon, it's her job to fulfill them. But she's playing a far more dangerous game - one of blackmail, politics, and murder that reaches into the shadow world of the Ghostwalkers, and the creation of a spectacular, one-of-a-kind new weapon of defense. But when a dictator makes his own catastrophic moves, the Ghostwalkers have no choice but to bring in two major players - a man and woman both driven by passion and revenge.

I really like this performer. He has the most vibrant voice and he does great character voices too ! The storyline is also great .A good read as it were .