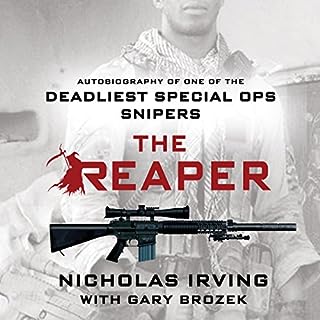 In the best-selling tradition of American Sniper and Shooter, Irving shares the true story of his extraordinary career, including his deployment to Afghanistan in the summer of 2009, when he set another record, this time for enemy kills on a single deployment. His teammates and chain of command labeled him "The Reaper," and his actions on the battlefield became the stuff of legend, culminating in an extraordinary face-off against an enemy sniper known simply as The Chechnian.

the best book ive ever herd

I first heard about the book was demo ranch and I thought is sound pretty cool so I searched it up and it's probably the best book I've ever read.