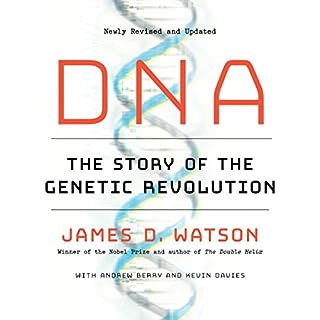 James D. Watson, the Nobel laureate whose pioneering work helped unlock the mystery of DNA's structure, charts the greatest scientific journey of our time, from the discovery of the double helix to today's controversies to what the future may hold. Updated to include new findings in gene editing, epigenetics, and agricultural chemistry as well as two entirely new chapters on personal genomics and cancer research. This is the most comprehensive and authoritative exploration of DNA's impact on our society and our world.

Storyline well told while remaining continuously informative. I appreciate that the information was made available to the laymen without sacrificing the quality of technical details for those familiar with genetic and biochemical jargon. I deeply enjoy how Dr J. Watson never shies from fully articulating his personal opinions on critical topics, while providing a broad perspective analysis of not just his own rationales/conclusions, but of the opposing perspectives as well. He challenges his readers to not only form their own opinions, but to actually process the logical deductions from the available facts before doing so. I found this refreshing because these subjects are too often avoided for conflict aversion among those who seem incapable of debating intellectually rather than emotionally. Who seem to prefer emotional manipulation to ignorantly (or arrogantly I guess for some) protect their cognitive dissonance, rather than allowing their opinions to be as dynamically adaptive as our scientific understandings steadily change and grow. His unapologetic courage to address these issues openly and verbalize that fallacious beliefs are still just that, no matter how many people believe in them is remarkable, and I found it inspiring. 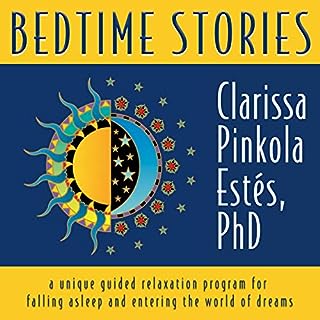 As a child growing up in a family of cantadoras (keepers of the old stories) Clarissa Pinkola Estes learned first hand how a story told at bedtime can soothe away the troubles of the day and prepare the way for another night's dreams to follow. Now a beloved cantadora herself, Estes shares this treasured family tradition with you on Bedtime Stories, her own special collection of tales to relax and ease you to sleep.

I can't stop playing it over and over again. I wish there were more like this.