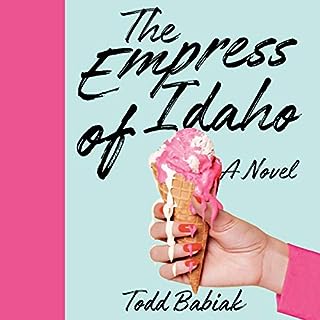 Colorado, July 1989. Fourteen-year-old Adam Lisinski is mesmerized the moment Beatrice Cyr steps into his life. Adam has a lot going for him: he's hoping to be a starter on his high school football team, he has a fiercely protective mom, a girlfriend, and a part-time job at Eugene's Gas Stop, where he works with his best friend. But he neglects everything that matters to him after Beatrice, his neighbour's enigmatic new wife, comes to town. Adam is desperate, caught between wanting to spend time with Beatrice - whose past is catching up with her - and lying to everyone he cares about.

Todd Babiak has written a raunchy and daring coming-of-age novel, set in small town, late 1980s America. Compulsive listening as the 14 year old protagonist goes from one funny but darkly distressing crisis to another.