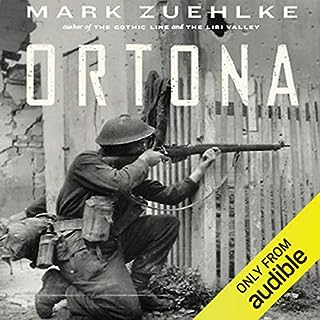 In one furious week of fighting in December 1943, the First Canadian Infantry Division took Ortona, Italy, from elite German paratroopers ordered to hold the medieval port at all costs. When the battle was over, the Canadians emerged victorious despite heavy losses.

May we NEVER forget the sacrifice of our Canadian war veterans.

Unbelievably poignant recounting of human tragedy / senseless loss - suffering and death. Well written and narrated ... focus is on the role Canadians had in fighting this terrible - but almost forgotten - battle in Italy. Lest we ever forget their sacrifice for our freedom. 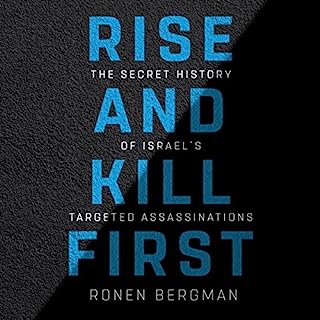 The Talmud says: “If someone comes to kill you, rise up and kill him first.” This instinct to take every measure, even the most aggressive, to defend the Jewish people is hardwired into Israel’s DNA. From the very beginning of its statehood in 1948, protecting the nation from harm has been the responsibility of its intelligence community and armed services, and there is one weapon in their vast arsenal that they have relied upon to thwart the most serious threats: Targeted assassinations have been used countless times, on enemies large and small....

Outstanding on all fronts.... historically informative yet really comes to life with the many detailed descriptions of actual inside Israeli defense operations. Highly recommended.