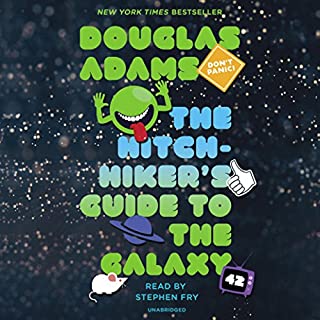 Seconds before the Earth is demolished to make way for a galactic freeway, Arthur Dent is plucked off the planet by his friend Ford Prefect, a researcher for the revised edition of The Hitchhiker's Guide to the Galaxy who, for the last 15 years, has been posing as an out-of-work actor.

Fantastic read for a fantastic book

Very much enjoyed it. The narrator was marvelous, made it enjoyable to listen to. It liked the subtle humor thought the book.