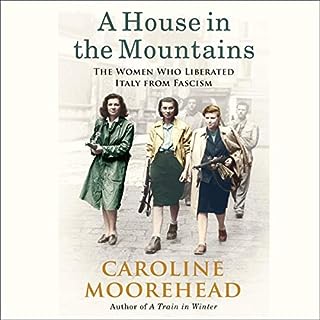 In the late summer of 1943, when Italy changed sides in WWII and the Germans, now their enemies, occupied the north of the country, an Italian Resistance was born. Ada, Frida, Silvia, and Bianca were four young Piedmontese women who joined the Resistance, living secretively in the mountains surrounding Turin. They were not alone. Between 1943 and 1945, as the Allies battled their way north, thousands of men and women throughout occupied Italy rose up and fought to liberate their country from the German invaders and their Fascist collaborators.

It was very enlightening, especially since my father was a combatant
Partisan.
The only critic I have is with the reader, his Italian accent and pronunciations was poor.