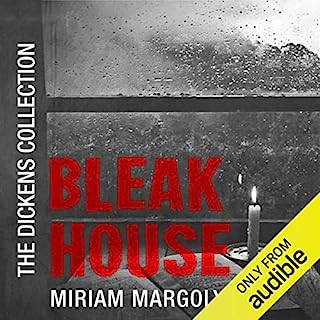 This Audible Exclusive performance features a unique introduction written and narrated by Miriam Margolyes. Recognised as one of Dickens' most accomplished titles, Bleak House has impressed critics and audiences alike since it was first published in 1852. The novel boasts one of the most intelligent and engaging plots in all of English literature and is sure to engage the listener's imagination as it transports us back in time to the seedy, grimy and hazardous streets of Victorian London.

Wth is going on

I can’t for the life of me follow what the hell is going on in this story.