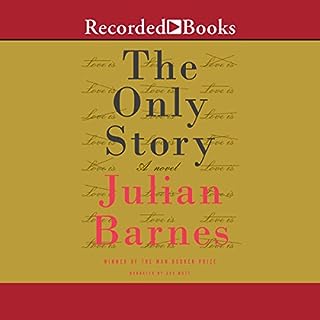 One summer in the 60s, in a staid suburb south of London, Paul comes home from university, aged 19, and is urged by his mother to join the tennis club. In the mixed-doubles tournament he's partnered with Susan Macleod, a fine player who's 48, confident, ironic, and married, with two nearly adult daughters. She is also a warm companion, their bond immediate. And they soon, inevitably, are lovers. Clinging to each other as though their lives depend on it, they then set up house in London to escape his parents and the abusive Mr. Mcleod.

The first half of the book was too long....in that the repetition of ' but I was only 19' dragged. I would have finished there but I was reading for book club. Glad I continued, the portrayal of Susan's alcoholism was perfect. Although sad this character flaw made the book.