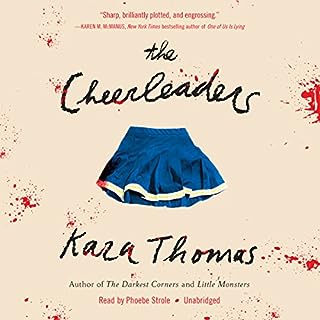 There are no more cheerleaders in the town of Sunnybrook. First there was the car accident - two girls dead after hitting a tree on a rainy night. Not long after, the murders happened. Those two girls were killed by the man next door. The police shot him, so no one will ever know his reasons. Monica's sister was the last cheerleader to die. After her suicide, Sunnybrook High disbanded the cheer squad. No one wanted to be reminded of the girls they'd lost.

Great story, had me at the edge of my seat but very anti-climactic:( still beautifully written.