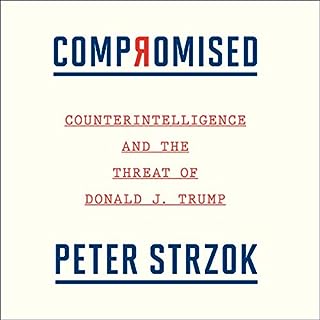 When he opened the FBI investigation into Russia’s election interference, Peter Strzok had already spent more than two decades defending the United States against foreign threats. His career in counterintelligence ended shortly thereafter, when the Trump administration used his private expression of political opinions to force him out of the Bureau in August 2018. But by that time, Strzok had seen more than enough to convince him that the commander in chief had fallen under the sway of America’s adversary in the Kremlin.

I thoroughly enjoyed this audiobook. I especially liked that Peter narrated throughout. I felt immersed, intrigued and have a better understanding, having listened to this incredibly detailed well-written book. Thank you Peter Strzok!