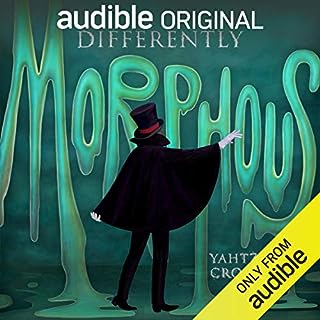 A magical serial killer is on the loose, and gelatinous, otherworldly creatures are infesting the English countryside. Which is making life for the Ministry of Occultism difficult, because magic is supposed to be their best kept secret. After centuries in the shadows, the Ministry is forced to unmask, exposing the country's magical history - and magical citizens - to a brave new world of social media, government scrutiny, and public relations.

This book was a lot of humorous fun.

This audiobook was a lot of fun. The author was quite humurous, and performed the voices for all the characters admirably.