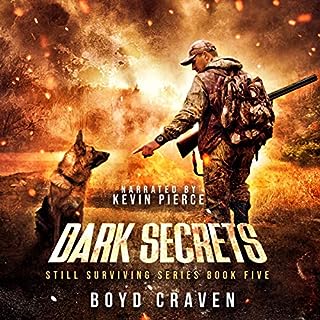 The KGR seems unstoppable. To beat them, Wes fears he may have to become what he hates. An unfeeling man capable of unspeakable things. Raider, Yaeger and Diesel all try to keep the humans they own and protect safe, but the enemy seems to come in overwhelming numbers and better supplied than the humans left at the homestead.

I really enjoy Boyd Craven. Also, Kevin Pierce is the best...reader? Anyway, it was great 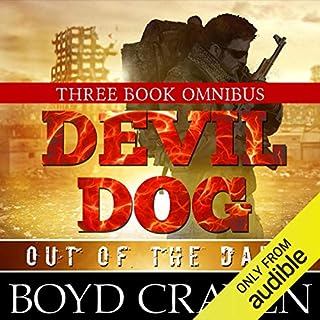 A reluctant hero. Dick aka Devil Dog's world changes drastically when the EMP takes out the power grid. A homeless Marine veteran living in the abandoned tunnels beneath Chicago, he's far better prepared than most people. Devil Dog becomes the reluctant savior of women and children from the worst of the gangs that now rule topside. Doing the right thing makes him new enemies, driving him ever deeper into the tunnels that keep his charges safe - until he runs across a young woman who might be his daughter. 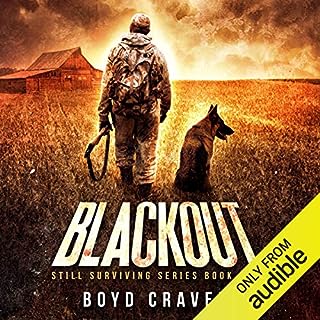 Westley Flagg isn't your usual lawbreaker. He's a poacher, a moonshiner, and a prepper, out of necessity. Despite trying to live on the straight and narrow, he knows the law can turn things on you in a heartbeat. When Wes has to come up with money for his Grandpa's surgery, he gets involved with an unsavory group. Living deep in poverty for most of his life, he's become resilient and flexible, but college education can only take him so far. A solar storm sends the northern lights as far south as Texas, and cascading failures in the grid cripple the nation. Now, without communications, Flagg has to prove he has what it takes to still survive.

Pretty good book! I really like this narrator. Listed to others he has done before. Worth getting 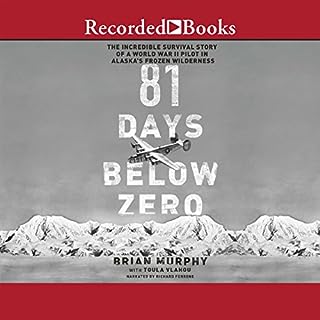 The untold story of Leon Crane, the only surviving crew member of a World War II B-24 crash on a remote mountain near the Arctic Circle, who managed to stay alive 81 days in sub-zero temperature by making peace with nature, and end his ordeal by walking along a river to safety. Part World War II story, part Alaskan adventure story, part survival story, and even part inspirational story, this is what we call " a good listen".

It jumps around alot. Very good story though
enjoyed it. Multiple story's not just his. 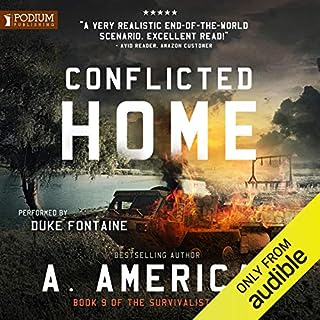 The only possible thing that could make Morgan's world even more difficult happened. The Japanese fleet off the coast of California was wiped out. An even that Morgan and friends and family only knew about because of the radio broadcasts from the Radio Free Redoubt. So far removed from them it barely warranted notice. That is until the Chinese retaliated by launching a nuclear counter-strike against Mac Dill Air Force base. This, did warrant their attention and had the potential to profoundly impact their lives.

not quite as good as the other books. but still totally worth it. can't wait for more 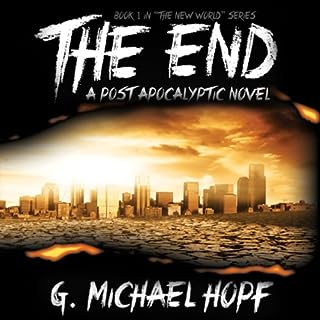 For Gordon Van Zandt, life was one of duty and loyalty to his country, so when 9/11 happened he dropped out of college and joined the Marine Corps. This youthful idealism soon vanished, one fateful day in a war torn city in Iraq. Ten years later, he is still struggling with the ghosts of his past, but must now face a new reality thrust upon him and his family.

North America, Europe, and the Far East have all suffered a devastating Super-EMP attack that has caused catastrophic damage

Not bad. Ill listen to another if it comes out. Not very long. That's good and bad I guess 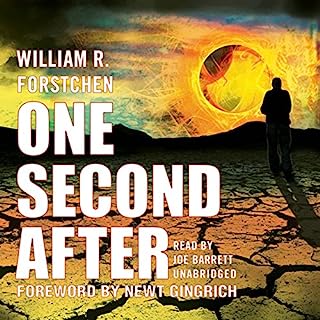 Already cited on the floor of Congress and discussed in the corridors of the Pentagon as a book all Americans should read, One Second After is the story of a war scenario that could become all too terrifyingly real. Based upon a real weapon - the Electro Magnetic Pulse (EMP) - which may already be in the hands of our enemies, it is a truly realistic look at the awesome power of a weapon that can destroy the entire United States.

Not bad. not my favorite.Maybe not as realistic as I would have liked. We will see what the next book has to offer. 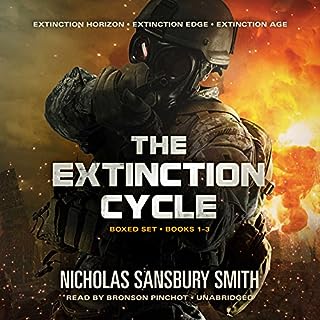 The worst of nature and the worst of science will bring the human race to the brink of extinction. Master Sergeant Reed Beckham has led his Delta Force team, code named Ghost, through every kind of hell imaginable and never lost a man. When a top secret medical corps research facility goes dark, Team Ghost is called in to face their deadliest enemy yet - a variant strain of Ebola that turns men into monsters.

couldnt get through it

not my kind of thing I guess. Looking for more of a prepper fiction. This isnt it. More si-fi.