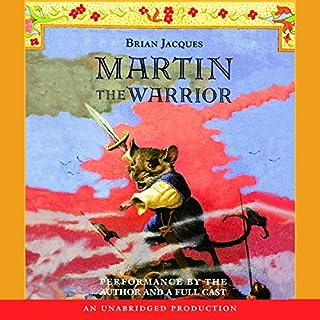 A shadow has fallen on the shore of the Eastern sea, a shadow called Marshank. In this cold stone fortress, a stoat named Badrang holds dozens of innocent creatures as slaves, part of his scheme to build an empire where he will rule as unquestioned tyrant.

A heading is required.

My biggest gripe was probably the voice of Martin. It didn't sit with me as being the voice of the character. That may be bias however, after having watched the TV series.