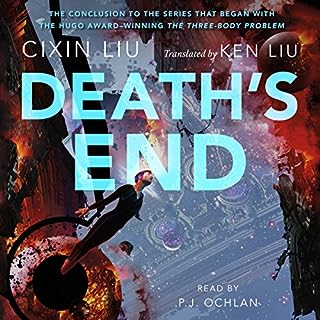 Half a century after the Doomsday Battle, the uneasy balance of Dark Forest Deterrence keeps the Trisolaran invaders at bay. Earth enjoys unprecedented prosperity due to the infusion of Trisolaran knowledge. With human science advancing daily and the Trisolarans adopting Earth culture, it seems that the two civilizations will soon be able to coexist peacefully as equals, without the terrible threat of mutually assured annihilation. But the peace has also made humanity complacent.

One of my favorite science fiction book this far and the audio performance is great as well.