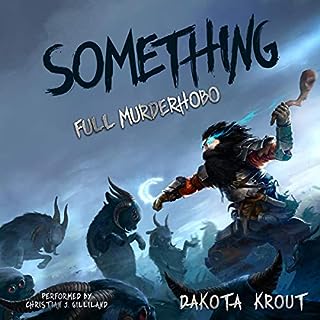 Luke is an apprentice leather worker, training with his family to one day take over the business. He and his friends Andre, Taylor, and Zed have known each other forever, and swear that nothing will ever tear apart their friendship. Then the Royal Decree comes. With the Dynasty of Dogs invading, and strange monsters appearing in the Hollow Kingdom, a draft has been implemented. Everyone 17 or older is required to be tested for "Potential". If they have it, they will join the mysterious and renowned Ascender Corps. If not, they will be drafted into the Legion as a forced recruit.

This book was good really good and a departure from Dakota Krout usual books The narration was good but could have been better with a female narrator for the female characters. 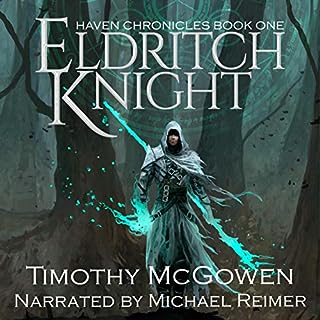 The world is ending. Yet in the midst of its destruction, there's Haven, an escape from the pending doom. Unfortunately, this doesn't include Phil. After losing his sister, he's miserable and just looking to survive. When he illegally finds a way into Haven, he discovers it's a world that's unlike anything he's seen before.

This book took a while for the main character to put on his big boy pants and grow a pair, even then it was hard to cheer for him, he was over reliant on others and the power. It was hard to listen to. The narrator was ok. 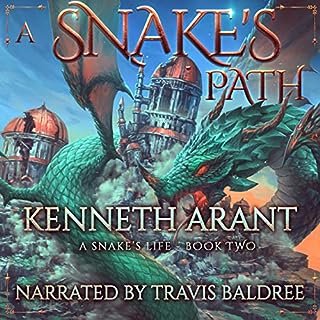 The path to the top is never easy...The title of Serpent King is up for grabs, and Torga's going to need the power it brings to protect his new family. Standing in his way are eight Royal Serpents and a host of shadowy forces who want to manipulate Torga for their own personal gain. As if that wasn't enough, the jotnar are returning to Asgard, threatening the people Torga swore to protect. He has to become stronger, but will his allies pay the price for his rise to power?

This book is amazing and even better than the first one. The story is incredible the characters are well thought out and the banter is hilarious. Travis baldree does amazing as all ways. (doesn’t need to be said) 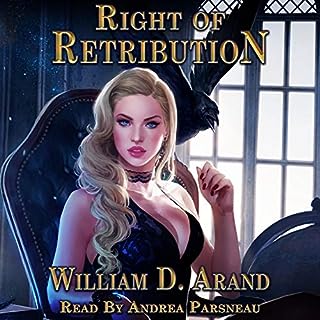 Warner spent his days like almost anyone else. He got up, went to work, answered phone calls in a call center, went home, spent time with his daughter, and went to sleep. Only to repeat the pattern over and over and over. Life was as mundane as anyone could ever fear it to be. Today was the day that all that would change. On this day, his daughter Maya would be nearly fatally injured, plunging Warner into a world of paranormal creatures, monsters, and magic he’d never known existed. The only consolation is that he discovers he’s not quite human, either.

Good tie into other works

I love the inside jokes and tie ins form other series and authors. Andrea parsneau was amazing as alway. Can’t wait to see more form William Arand. Check this author out he has a wide range of series that all tie in together it’s awesome. 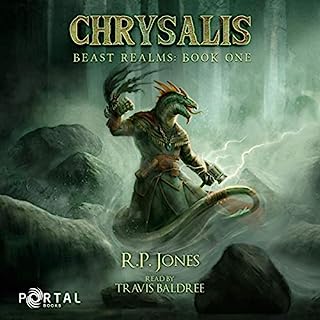 With regenerative abilities, a badass tail and the potential to evolve his body, how could Art resist choosing a lizard man as his avatar? All’s well until he accidentally joins forces with an acid-spitting, enemy-consuming shadow-bound grub, causing his light-bound guild members turn against him, and a deadly fire mage to wage a vendetta against him.

This book was amazing and shift from the norm while keep the essence of LitRPG novels, the author I did over state the very aspects which was nice. The narrator was fantastic as ever not to mention the singing Travis missed his calling. 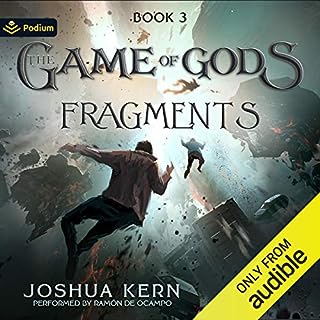 Things have begun to go awry for the gods of Earth. Control of the game they started is quickly leaving their grasp.

Can’t wait for the next book in this fantastic series. Ramón de ocampo was brilliant as always. 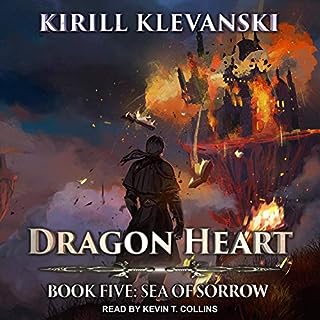 While crossing the desert with the caravan, Hadjar got involved in the search for the library of Mage City, where the elixir that could turn a person into a god was stored. After fighting against the desert bandits, he and his friend Einen suddenly entered Underworld City thanks to Serra's amulets. How many stories and legends he'd heard from South Wind and Serra about it! How many times had he dreamed of coming there and talking to the Sage? How will this mysterious city welcome Hadjar?

This book is the best one in the series so far. I would highly recommend this series to anyone. The narrator was amazing as alway doing this book justice. 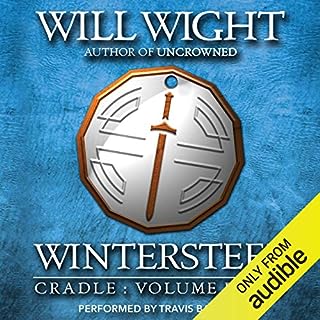 As the Uncrowned King tournament reaches its final rounds, tensions between the competing factions are higher than ever. The outcome may determine the power balance throughout the rest of the world. Each Monarch schemes to seize any advantage they can...while far away, a Dreadgod stirs. When the tournament ends, the Dreadgod will rise. Whether it will be driven back into the sea or allowed to rampage depends on the Monarchs. And on which of them is left standing.

Did I forget to mention brilliant. This is the best one yet from the series and will wight, a master piece of a book! I would highly highly recommend this to any one who likes a good story. The narrator Travis baldree amazing as ever. Well worth it pick up your copy now. 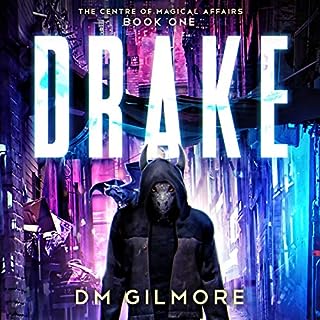 Asher's a brilliant programmer, but he’s terrible at negotiating. After getting undercut on one deal, he’s just desperate enough to go in for another. Performing a heist for a criminal kingpin? Sounds easy enough. With his brother by his side, he’s sure he can do it. Get in, steal one orb, get out. When things go south, Asher’s left with no product to trade and a baby dragon on his hands. But the deadline is fast approaching, and the client is not a patient man.

Not what I was expecting but in a good way

This book was a very unique take on a urban fantasy book and it is brilliant. The narrator also did a fantastic job. Looking forward to the next book 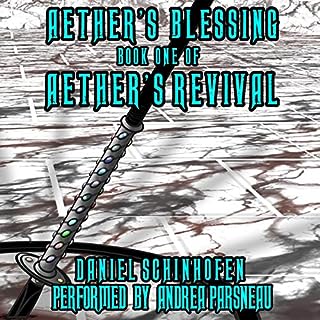 Every year, the empire administers the rite of passage into adulthood. That rite serves to identify those blessed by Aether to become magi. The new magi are shipped to the academy to learn the arts of magic. The academy is a dangerous place; the tournaments held twice each year can cripple or kill the students, and the clans of the empire will go to great lengths to recruit the students they want. Gregory had one dream: to become a magi like the legends of old. Though he was ridiculed by the residents of the village and his unsupportive father, he never wavered from his dream.

This book is awesome