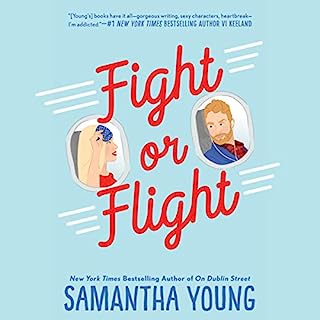 The universe is conspiring against Ava Breevort. As if flying back to Phoenix to bury a childhood friend wasn't hell enough, a cloud of volcanic ash traveling from overseas delayed her flight back home to Boston. Her last ditch attempt to salvage the trip was thwarted by an arrogant Scotsman, Caleb Scott, who steals a first class seat out from under her. Then over the course of their journey home, their antagonism somehow lands them in bed for the steamiest layover Ava's ever had. And that's all it was - until Caleb shows up on her doorstep.

The narration is fantastic. Angelica Lee did an amazing job with the characters in the book, she changed the tone, accent, and voice in a way that makes you truly get into the story. The story itself is really good, and I highly recommend that you re-listen to book sometime after the first time. you'll catch and understand a lot of more. Samantha did a fantastic job with the depth of her characters that way. 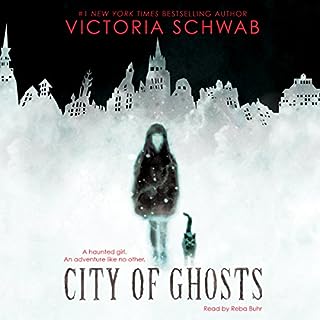 Ever since Cass almost drowned (okay, she did drown, but she doesn't like to think about it), she can pull back the Veil that separates the living from the dead...and enter the world of spirits. Her best friend is even a ghost. So things are already pretty strange. But they're about to get much stranger. When Cass's parents start hosting a TV show about the world's most haunted places, the family heads off to Edinburgh, Scotland. Here, graveyards, castles, and secret passageways teem with restless phantoms. And then Cass meets a girl who shares her "gift"....

this might been more enjoyable if I was 13 but I found it to be predectible and for children. which could be a good thing for different audience. The narrator was amazing! 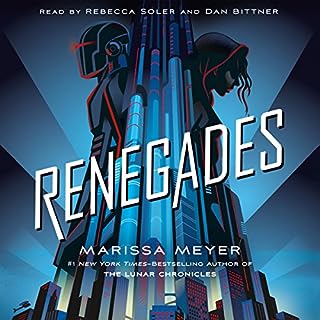 This book is great. I love the overall theme of people with super powers and surprisingly I loved the crushes and love drama in the book. it is very relatable even though I am almost in my 30's and the characters in the book were teenagers. The writer did a fantastic job on portraying the characters' thoughts and emotions. #Audible1