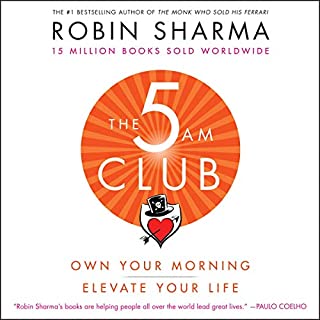 Legendary leadership and elite performance expert Robin Sharma introduced The 5am Club concept more than 20 years ago, based on a revolutionary morning routine that has helped his clients maximize their productivity, activate their best health and bulletproof their serenity in this age of overwhelming complexity. Now, in this life-changing guide, handcrafted by the author over a rigorous four-year period, you will discover the early-rising habit that has helped so many accomplish epic results while upgrading their happiness, helpfulness, and feelings of aliveness.

This is just personal opinion but...

I'm in chapter 2 and already the narrator is driving me nuts! He's reading it in such a sentimental way... An excess of drama and its bugging me. It might also be a bit of the writers style too. I'm going to stick it out as long as I can but it seems right now to be read and written with teenage girls in mind. I will update this after I have finished... Hopefully more positive. 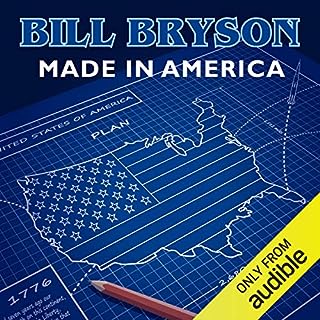 In Made in America, Bryson de-mythologizes his native land, explaining how a dusty hamlet with neither woods nor holly became Hollywood, how the Wild West wasn't won, why Americans say 'lootenant' and 'Toosday', how Americans were eating junk food long before the word itself was cooked up, as well as exposing the true origins of the G-string, the original $64,000 question, and Dr Kellogg of cornflakes fame.

Loved it. I now dip into it whenever I need cheering up. I must have listened to this book 5 or 6 times over the last 12 months. Very rare to find a book you can listen to more than once!