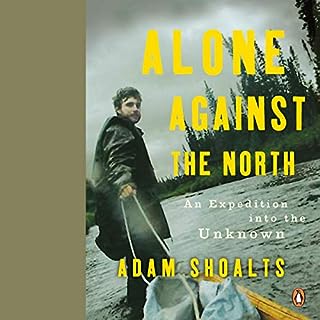 Gripping and often poetic, Alone Against the North is a classic adventure story of single-minded obsession, physical hardship, and the restless sense of wonder that every explorer has in common. What Shoalts discovered as he paddled downriver was a series of unmapped waterfalls that could easily have killed him. Just as astonishing was the media reaction when he got back to civilization. He was feted by the Royal Canadian Geographical Society and congratulated by the Governor General. People were enthralled by Shoalts’s proof that the world is bigger than we think.

Written in the style of modern day reality TV series hosts. Everything seem exaggerated .
Not quite Shackleton