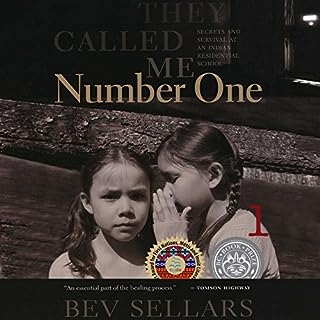 Like thousands of Aboriginal children in the United States, Canada, and elsewhere in the colonized world, Xatsu'll chief Bev Sellars spent part of her childhood as a student in a church-run residential school. These institutions endeavored to "civilize" Native children through Christian teachings; forced separation from family, language, and culture; and strict discipline. In this frank and poignant memoir of her years at St. Joseph's Mission, Sellars breaks her silence about the residential school's lasting effects on her and her family and eloquently articulates her own path to healing.

Trulu amazing. So touching and informative. What a great book. Listened to it in one day because it was so good.