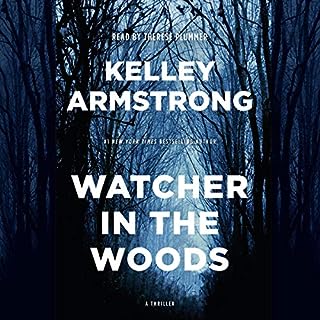 The secret town of Rockton has seen some tough times lately; understandable considering its mix of criminals and victims ﬂeeing society for refuge within its Yukon borders. Casey Duncan, the town's only detective on a police force of three, has already faced murder, arson, and falling in love in the several months she's lived there. When a US marshal shows up demanding the release of one of the residents - but won't say who - Casey and her boyfriend, Sheriff Eric Dalton, are skeptical. Then, hours later, the marshal is shot dead.

Kelley Armstrong never seems to disappoint. I can't wait for the next book in the series!!!!