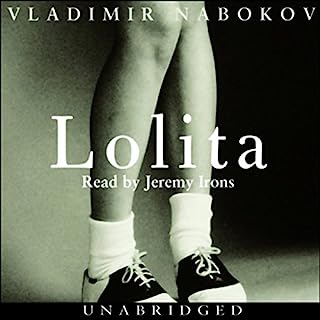 Yes, the Narrator’s French is atrocious, but then he’s a Brit. It didn’t bother me to the point that I wouldn’t recommend this audiobook.
Great story- was hesitant when I read it was about a pedophile. I shouldn’t have been.
There’s a reason why this book is a classic.