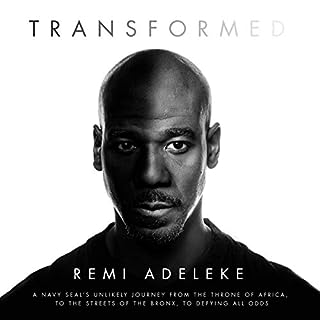 Author Remi Adeleke takes listeners back to stories from his childhood as Nigerian royalty to losing his father early in life and being financially stripped of everything by the Nigerian government. He delves into being raised by a single mother in the Bronx and doesn’t shy away from the illegal activities that threatened to derail his future. Having gone through times of intense struggle, pressure, and failure, Adeleke shares his inspiring story of overcoming the odds, even when it didn’t make sense; and ultimately experiencing true personal transformation.

Worth every minute of your time!!

Rarely do I find a memoir with such effective flow through time. Moving quickly through some sections and pausing on others created opportunities to relate, reflect and connect with the unexpected depth of change presented in this book. Family, struggle, faith, loss, love, peace...all presented with elegance and authority by someone who lived the experiences. 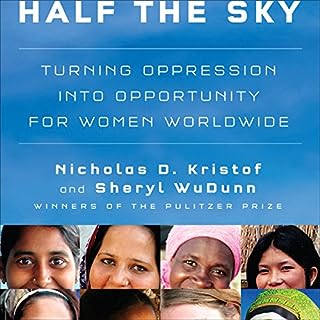 An old Chinese proverb says "Women hold up half the sky." Then why do the women of Africa and Asia persistently suffer human rights abuses? Continuing their focus on humanitarian issues, journalists Nicholas Kristof and Sheryl WuDunn take us to Africa and Asia, where many women live in profoundly dire circumstances.

A global perspective mixed with research, experiences and action for change. I am a better person for having read this book. 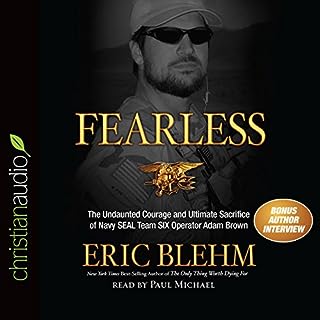 When Navy SEAL Adam Brown woke up on March 17, 2010, he didn’t know he would die that night in the Hindu Kush Mountains of Afghanistan - but he was ready: In a letter to his children, not meant to be seen unless the worst happened, he wrote, "I’m not afraid of anything that might happen to me on this earth, because I know no matter what, nothing can take my spirit from me."

A privilege to read

Learning about the various elements that made Adam Brown a hero touched a deep part of my being. This biography was expertly written and I would highly recommend it for anyone interested in exploring the humanity of one hero's life journey.