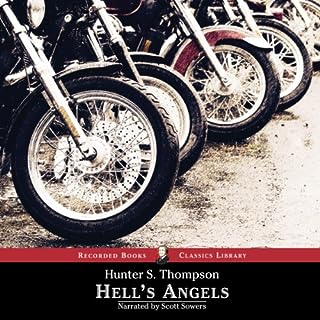 Fear and Loathing in Las Vegas author Hunter S. Thompson rocked the literary world with his mind-bending style of Gonzo journalism. First published in 1966, Hell’s Angels is Thompson’s up-close and personal look at the infamous motorcycle gang during the time when its moniker was most feared.

Overall 1 out of 5 stars

I think it was poorly written. writer was trying to dress it up to be more then what it is.