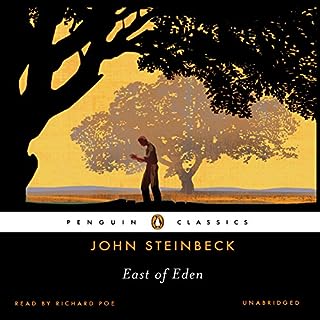 This sprawling and often brutal novel, set in the rich farmlands of California's Salinas Valley, follows the intertwined destinies of two families - the Trasks and the Hamiltons - whose generations helplessly reenact the fall of Adam and Eve and the poisonous rivalry of Cain and Abel.

A great read and a great performance

This is one of the few audiobooks that I will listen to again. The story is very interesting and the narration was superb! I'll be looking for more by this author and this narrator. 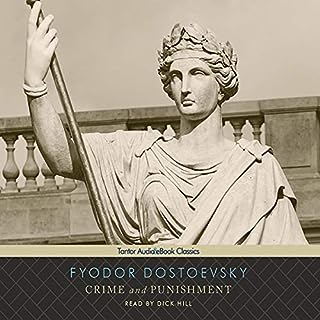 A desperate young man plans the perfect crime - the murder of a despicable pawnbroker, an old woman no one loves and no one will mourn. Is it not just, he reasons, for a man of genius to commit such a crime - to transgress moral law - if it will ultimately benefit humanity? So begins one of the greatest novels ever written: a powerful psychological study, a terrifying murder mystery, and a fascinating detective thriller infused with philosophical, religious, and social commentary.

I've got to hand it to Dick Hill (again). He's just so good at adding the vocal touches that make a story live. And this is a great story.

I thought I knew what I thought

I didn't know what to expect from this book. Heck, I'm old enough to be retired, what does it matter how or what I think?

I gave the performance 3 stars just because its not like a multi-character story acted out in several voices, those guys deserve their accolades. But the fact that the author spoke his own words is an important aspect for receiving the information as intended. He comes off as a humble man but with very much to say. I couldn't wait to listen to it all.

This book encapsulates so much information painstakingly gleaned from other great books that I've never read. I feel it is well worth the time to listen to it just to improve one's grasp of the world.