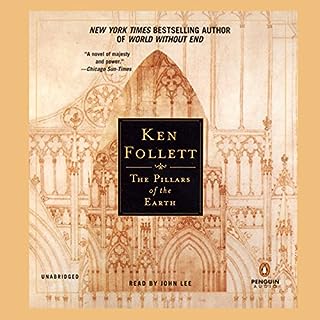 The Pillars of the Earth tells the story of Philip, prior of Kingsbridge, a devout and resourceful monk driven to build the greatest Gothic cathedral the world has known...of Tom, the mason who becomes his architect - a man divided in his soul...of the beautiful, elusive Lady Aliena, haunted by a secret shame...and of a struggle between good and evil that will turn church against state, and brother against brother.

Made me look forward to my Monday commute.
The cathedral architectural details somewhat bored me but that was just a small part of a bigger picture. Very entertaining.