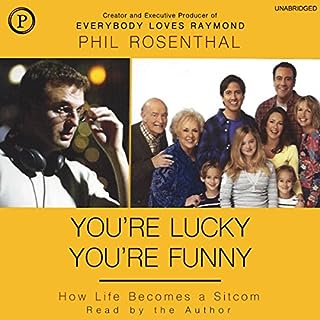 The creator and executive producer of Everybody Loves Raymond dissects the art of comedy and the making of a sitcom classic. In television, where programs can premiere and disappear in the same week, Everybody Loves Raymond reigned as America's best-loved show for nine years with more than 17 million viewers. As the number-one sitcom, it received more than 70 Emmy nominations, including two wins for best comedy.

if you loved Ray, read it!

loved it. start to finish. Great stories and told in a very engaging performance. Will listen again. and I like how they used clips rather than transcripts.