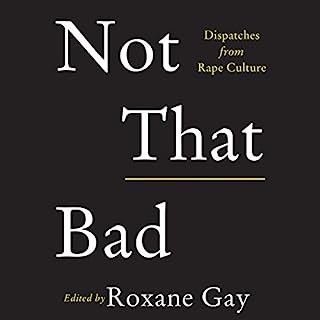 In this valuable and revealing anthology, cultural critic and best-selling author Roxane Gay collects original and previously published pieces that address what it means to live in a world where women have to measure the harassment, violence, and aggression they face, and where they are "routinely second-guessed, blown off, discredited, denigrated, besmirched, belittled, patronized, mocked, shamed, gaslit, insulted, bullied" for speaking out. Contributions include essays from established and up-and-coming writers, performers, and critics.

I am a survivor and this was eye opening to the different and subtle ways we promote rape culture.. a really good listen/read no matter your victim status.