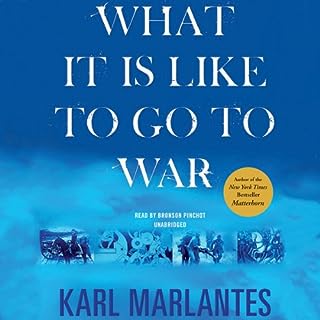 In 1969, at the age of twenty-three, Karl Marlantes was dropped into the highland jungle of Vietnam, an inexperienced lieutenant in command of a platoon of forty marines who would live or die by his decisions. Marlantes survived, but like many of his brothers in arms, he has spent the last forty years dealing with his war experience.

Visceral realism and Submersion into combat.

I absolutely loved this book. Karl Marlantes is a legendary marine and a very deep soul. His ability to convey the mindset and the duality of war and in particular the Vietnam war is next level. Vietnam was a very unique armed conflict and the intricate methods of movement and combat he describes is done very well. My favourite part of this book is his explanation of the “Savage Joy” experienced while in combat. My only criticism is I would have liked to hear Karl read it on audiobook. I would recommend this book to anyone.🤙🏼