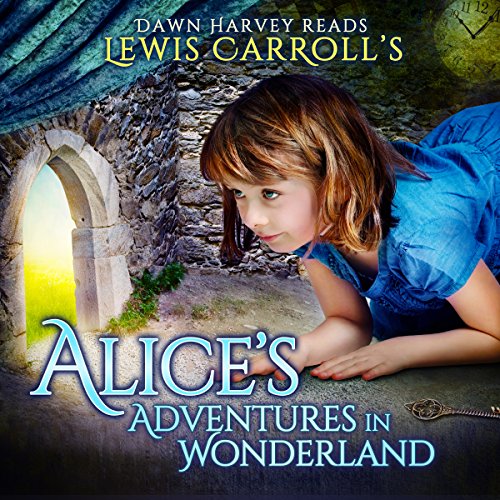 In July 1862, Charles Dodgson (more widely known as Lewis Carroll) rowed up the river Thames with the three young daughters of Henry Liddell (the vice chancellor of Oxford University and dean of Christ Church): Lorina, Alice, and Edith. During the five-mile journey, Dodgson invented a story for the girls about a bored little girl named Alice who goes looking for an adventure. The Liddell children adored the story, and Alice Liddell asked Dodgson to write it down for her. He began writing the manuscript the following day, and the tale was published three years later. Described on its first publication as "an excellent piece of nonsense", this inspired tale of a young girl's adventures in a strange and magical world has gone on to become one of the most popular books ever written, translated into over 125 languages.

On an ordinary summer's afternoon, Alice tumbles down a rabbit hole, and an extraordinary adventure begins. In a strange world filled with even stranger characters, she meets a waistcoated, ever-late rabbit, joins a Mad Hatter's tea party, finds herself growing and shrinking with each thing she eats and drinks, converses with a hookah-smoking caterpillar and a disappearing Cheshire cat, plays croquet with the Queen of Hearts, and almost loses her head!

Award-nominated actress Dawn Harvey brings Alice and all of her newfound friends to life, giving each character a distinctive voice and attitude to match his or her very distinctive personality. A tale for both young and old, Alice's Adventures in Wonderland is a story that you will return to again and again.

Wonderful revisit of this classic book!

Gee, this was great to listen to this story again, haven't heard it since I was a girl. Narrator Dawn Harvey brought the characters to life, I laughed out loud at the Queen of Hearts, and the Mock Turtle. A charming rendition, easily one of the best classics I've heard.