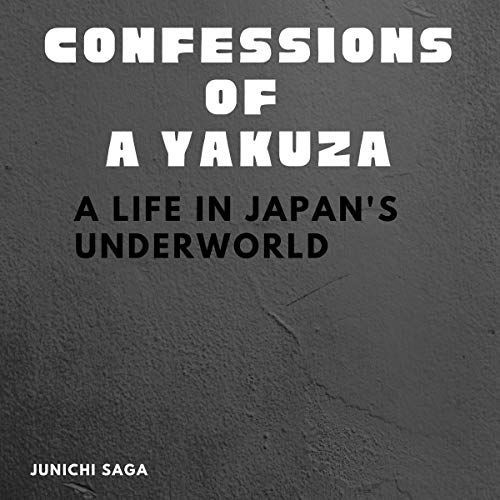 Confessions of a Yakuza: A Life in Japan's Underworld

This is the true story, as told to the doctor who looked after him just before he died, of the life of one of the last traditional yakuza in Japan. It wasn’t a "good" life, in either sense of the word, but it was an adventurous one; and the tale he has to tell presents an honest and oddly attractive picture of an insider in that separate, unofficial world.

In his low, hoarse voice, he describes the random events that led the son of a prosperous country shopkeeper to become a member, and ultimately the leader, of a gang organizing illegal dice games in Tokyo's liveliest entertainment area. He talks about his first police raid, and the brutal interrogation and imprisonment that followed it. He remembers his first love affair, and the girl he ran away with, and the weeks they spent wandering about the countryside together. Briefly, and matter-of-factly, he describes how he cut off the little finger of his left hand as a ritual gesture of apology. He explains how the games were run and the profits spent; why the ties between members of "the brotherhood" were so important; and how he came to kill a man who worked for him.

What emerges is a contradictory personality: tough but not unsentimental; stubborn yet willing to take life more or less as it comes; impulsive but careful to observe the rules of the business he had joined.

And in the end, when his tale is finished, you feel you would probably have liked him if you'd met him in person. Fortunately, Dr. Saga's record of his long conversations with him provides a wonderful substitute for that meeting.

What listeners say about Confessions of a Yakuza: A Life in Japan's Underworld