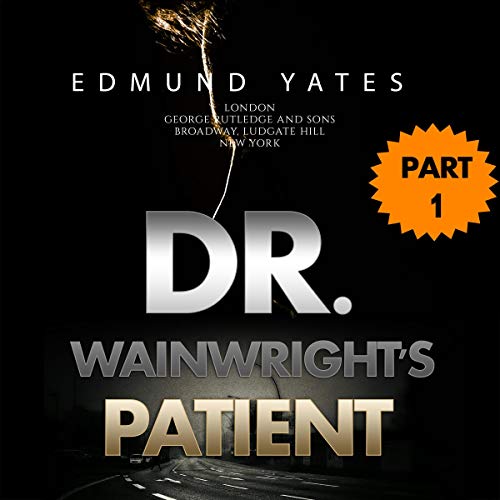 In 1858 Yates was made editor of a new paper called Town Talk. His first number contained a laudatory article on Dickens, and the second a disparaging one on Thackeray, containing various personal references to private matters. Thackeray brought the article before the committee of the Garrick Club, of which he contended that Yates had made improper use, and the result was that Yates was expelled from the club. Besides editing the magazine Temple Bar and Tinsley's Magazine, Yates during the 1860s took to lecturing on social topics, and published several books, including the novel Black Sheep (1867). In the Morning Star, under the heading of "Le Flâneur", he continued the sort of column which he had inaugurated in the Illustrated Times. On his retirement from the Post Office he went to the United States on a lecture tour, and afterwards, as a special correspondent for the New York Herald, traveled through Europe.

Back in London, Yates was perhaps best known as proprietor and editor, under the pen-name of "Atlas", of The World society newspaper, which he established in 1874 with Eustace Clare Grenville Murray, and which for a time was edited by Alexander Meyrick Broadley. The World, which was perceived as a newspaper chronicling upper class London Society, was a pioneer in "personal journalism", such as the interview, which was later adopted by newspapers generally. In 1885 he was sentenced to four months' imprisonment for libelling Lord Lonsdale, [5] yet in later life enjoyed a second career as a county magistrate. Yates was also the author of, and performed in, Invitations at Egyptian Hall, London, which ran in 1862-1863.

This is a reproduction of a classic text. We have endeavoured to create this version as close to the original artefact as possible. Although occasionally there may be certain imperfections with these old texts, we believe they deserve to be made available for future generations to enjoy.