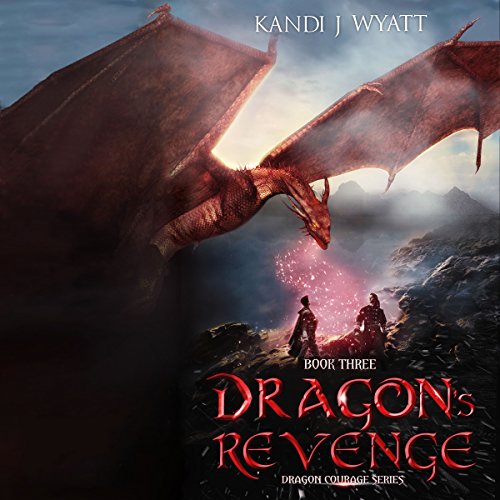 In search of his place in the world, Kyn visits his new friend, Ben'hyamene. Together, they meet an ailing dragon rider from the marshes of a land called the Carr. The rider recounts a people beset by anger, depression, and despair. After befriending and healing the rider, the group travels to the rider's home. There, they discover a breed of wild dragons, called drakes, which have been at war with humans for 400 years.

One sleepless night, Ben'hyamene uses his new abilities to communicate with the lead drake. This sets Kyn and Ben'hyamene on a path that could bring peace to a conflict that's nearly destroyed a whole people. Can revenge be set aside and enemies be called friends?

Find out in the exciting third book of the Dragon Courage series, Dragon's Revenge by Kandi J. Wyatt.

What listeners say about Dragon's Revenge

Not as good as the first book

In the land of contraction-free speech, where all sentences uttered by all ages and beings are well-formed with nary a passive in sight, there do dwell occasional upper reading level words: niche, conceive, turquoise, betrothal, incentive, figurehead, wares, unsettled, wrought, insolent, radiating, enveloped, excruciating, brazier, proprietor, camomile, inducing (examples from first 2 chapters). I suppose that the vocabulary level suggests that the following discussion questions might be age appropriate: Why does a new bride eagerly await her groom in their pavilion? Why do the groom's eyes light up? But I can't imagine this book engaging anyone that old.