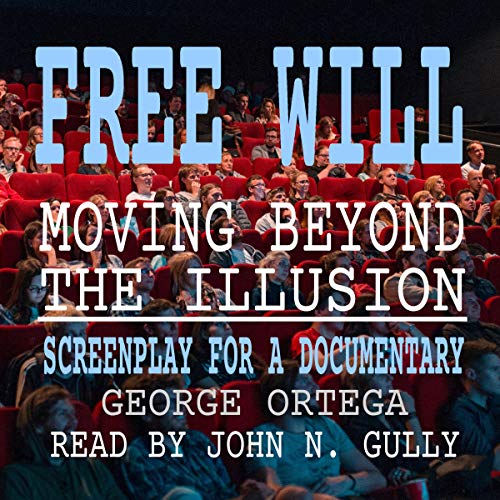 Free Will - Moving Beyond the Illusion

Although countless books have been made into films, this may be the first time a screenplay is released as a book with the explicit purpose of enlisting a producer and financing for the film. Free Will - Moving Beyond the Illusion is not just about producing a full-length theatrical-release documentary. It is, as renowned American philosopher John Searle has noted, about a prospect he deems, “a bigger revolution in our thinking than Einstein, or Copernicus, or Newton, or Galileo, or Darwin."

The film is about explaining to the world, in a variety of ways that virtually everyone can understand and relate to, why nothing we humans think, feel, say, or do is ever up to us. It’s about our world coming to understand why our top three minds, Charles Darwin, Sigmund Freud, and Albert Einstein, coming from the three distinctly separate scientific fields of biology, psychology, and physics respectively, each soundly rejected the notion of a human free will.

Challenging the concept of free will from experiential, philosophical, scientific, and religious perspectives, this documentary reaches out to the entire world with a revolutionary truth that will resonate with everyone’s deepest desire to know who we are as human beings. But this film is not just about presenting a revolutionary truth solely for the sake of truth. Through many dramatic vignettes, the film leads audiences to understand how our belief in free will creates a world full of unnecessary blame, guilt, arrogance, and low-self esteem, and how by evolving beyond the mistaken belief, we can create a much happier world for everyone.

This book begins with a pitch to the hectomillionaire or billionaire who is fortunate enough to invest the five million it will take to produce and market this film. It then presents a formal film proposal that details various aspects of this world-changing project. Finally, it presents a concept - narration screenplay designed to guide the film’s production staff on how to best make the film.