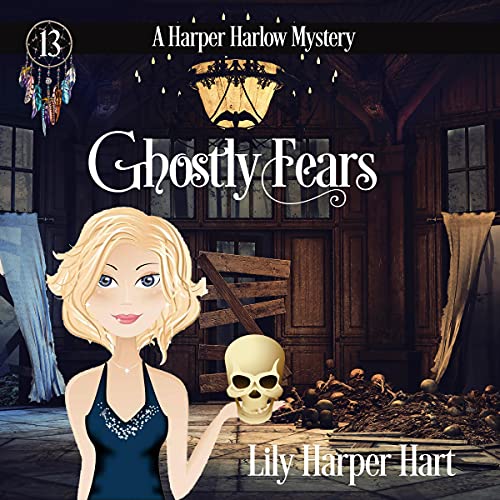 Ten years ago, Harper Harlow lost a classmate. Jennifer Jessup was sweet, nice, and seemingly aimless in life. She came from a good family, lived on an island, and was spoiled with every material gift that could possibly be bestowed upon her.

She was still unhappy.

Now, a decade later, her father Byron Jessup has approached Harper with a business opportunity. He wants her - and the rest of her operation, of course - to spend a long weekend on his island. Other psychics and ghost hunters will be there, as will his family. The goal? To find out what happened to Jennifer.

Harper feels weighed down with guilt, enough so that she can’t see straight. She feels bad about not reaching out to Jennifer when she was still alive and even worse about not looking for her once she went missing.

Harper is out of her element. The other psychics are driving her crazy...and making her nervous. She can’t even decide if she believes Jennifer is missing or dead. When another woman on the island disappears, Harper is left with nothing but endless questions.

She’s determined to find the answers, even if she has to delve into the past to do it. Someone doesn’t want her getting those answers, however, and it’s going to be a fight to the death to see who comes out the other side.

What listeners say about Ghostly Fears

Because it started out so sad 😭 and seem to get worse as the time went on. but it had a lot of twist and turns to keep you intersted.
Then when you think you have everything figured out Lily sneaks in and gives you and ending that knocks you off your feet. 😀
I can't wait for book 14 and 15 we have lots to discuss then! 😉
Until then
Chrissy4674

This book was awesome it had me clear to the end.What a shocker. Fantastic ending I loved it

I love the story, however, the narrator needs to stop speaking as if she was a robot. It was hard to complete the book. Narrator, just speak normally. Do not pause. Also a few characters impressions sounded the same.

What a great mystery! There are so many different directions the story takes! Lots of fun and hard to put down!

I loved this mystery. Could not stop listening. It was great trying to piece together the various secrets and the big reveal at the end was very satisfying.

Harper is someone I could hang with!

I like Harper a lot. She is kind, generous, and a saint for putting up with Jarred and Zander. :)