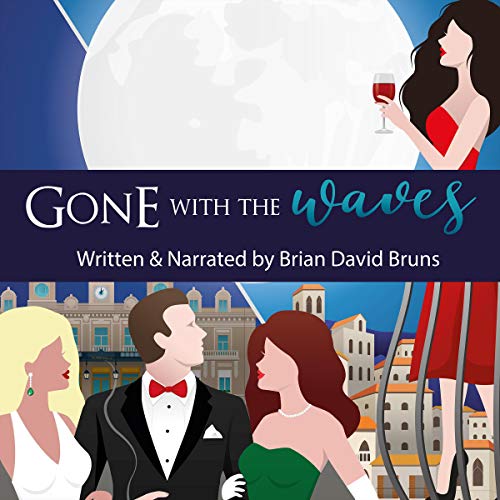 He’s emerged as a swanky, tuxedo-wearing, cruise-ship rock star. But will it be enough to win his girlfriend’s heart?

Brian would walk the plank if it plucked Romina from her awful bottom-of-the-boat job. But knowing that their only way out of the hellish working conditions is to beat ships at their own game, he bids her adieu to learn the competitive trade of art auctioneering. And though he takes his fair share of hard knocks, he’s finally hitting the big time.

Becoming a master auctioneer, he lives like a cigar-smoking king aboard elite luxury liners with access to anything he wants. But when he returns victorious to whisk his love away to better things, Romina mysteriously refuses. And he worries that in chasing his ambitions, regardless of good intentions, he may have lost her forever....

Can Brian persuade Romina that the world is their oyster, or will she push his grand vision overboard?

Gone with the Waves is the dramatic conclusion to the Gone with the Waves romantic comedy series, entirely of real events in the author’s life. If you like charming humor, conflicted hearts, and more twists than a whirlpool, then you’ll adore Brian David Bruns’s sweeping odyssey.

Buy Gone with the Waves to join a most improbable - but true - yacht story today!

What listeners say about Gone with the Waves