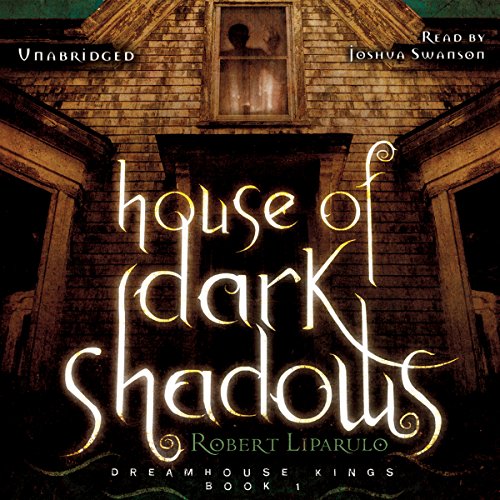 When the Kings move from L.A. to a secluded small town, 15-year-old Xander is beyond disappointed. He and his friends loved to create amateur films… but the tiny town of Pinedale is the last place a movie buff and future filmmaker wants to land.

Xander, David, and Toria are, however, captivated by the many rooms in the old Victorian fixer-upper they moved into—as well as by the heavy woods that surround it. They soon discover there’s something odd about the house. Sounds come from the wrong direction. Prints of giant, bare feet appear in the dust. And when David tries to hide in the linen closet, he winds up in locker 119 at his new school.

Then the really weird stuff kicks in. They find a hidden hallway with portals leading to far-off places—in long-ago times. Xander is starting to wonder if this kind of travel is a teen’s dream come true - or his worst nightmare.

Robert Liparulo is an award-winning author of over a thousand published articles and short stories, and he has written and sold the rights to several motion pictures. Currently a contributing editor for New Man magazine, his work has appeared in Reader’s Digest, Travel & Leisure, Self, and more. In addition, he previously worked as a celebrity journalist, interviewing Stephen King, Tom Clancy, Charlton Heston, and others.

“If you like creepy and mysterious, this is the house for you! Every room opens a door to magic, true horror, and amazing surprises. I loved wandering around in these books. With a house of so many great, haunting stories, why would you ever want to go outside?” (R. L. Stine)

What listeners say about House of Dark Shadows

Publisher summed it up

This book is pretty short, in fact the publisher's description is almost all that happens in it - right up to the end. I suspect that the second book could be the first one you listen to and not be confused. It is written and narrated for a young audience (a magic tree house age group). I recommend listening to the audio sample to see if the overly soft tones of the narrator don't bore you. I gave it 3*s since I did become curious to see what would happen next but it's probably not worth a credit to mature listeners.

Few things annoy me more than books that aren’t really books. I don’t care if there is a sequel but tell a story and finish it. Don’t just stop because you’ve hit a word count and want to sell more books. The book is YAF and not bad for what it is. Still, it’s a pretty macabre story for the genre. It’s an intriguing idea but the execution left me cold and I doubt I’ll read the sequels

If your children love thrillers and adventures this is a book for them. Great imagination!

This is obviously a young adult book and apparently written for children who don't know how real people speak, react and act. Oh yeah, you also have fo be deaf.

Would you be willing to try another book from Robert Liparulo? Why or why not?

Maybe an adult book with a different narrarator or in written form would be better. I doubt that I will risk it.

I felt like the narrorator was reading to a kindergarden class or group of ESL students. The reading was painfully slow and every word overannunciated. I ended up listening to it at 3X speed just to make it tollerable.

What character would you cut from House of Dark Shadows?

They characters are all necessary but completely unrelatable.

can't believe this is a series

hard to finish. bad story line. can not relate to characters very bad good thing it was included inmy membership

Incredible story, Incredible listen. Fantastic reading! Anxiously starting the next book!! I am so excited!!

Awesome edge of your seat book!

This book was action-packed from the start. Every chapter had a cliffhanger and made me want to lostr more and more. The storyline was great and I'm definitely going to continue listening to the rest of the series!