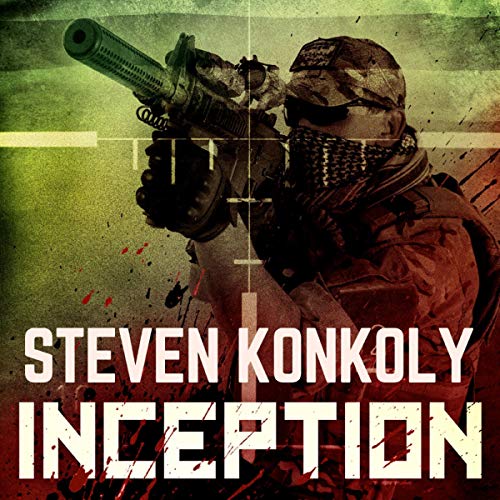 Daniel Petrovich, the most lethal operative created by the Department of Defense's Black Flagged Program, represents a new breed of covert operative.

He wasn't recruited from Special Forces, law enforcement, or any of the alphabet agencies. He isn't motivated by a sense of undying patriotism or bitter revenge. He's none of those things, which makes him all the more dangerous. Unlike most "heroes", there's no obvious black and white in Petrovich's world. He sees everything in gray - an uncompromising trait that will keep him alive long enough to pull off one of the biggest coups in covert military history.

"Inception" is Daniel Petrovich's origin story. The perfect place for a new listener to start the Black Flagged series.

What listeners say about Inception

This is an amazing pre tale saga of the lead character of the famous Black Flag series. Konkoly approached the book as it's own story. This was an excellent tail that ALSO gave you insight to an amazing character of another incredible series. I highly recommend.

long on top short on characters

very detailed procedural but very light on character development maybe there will be more in a full-length book.