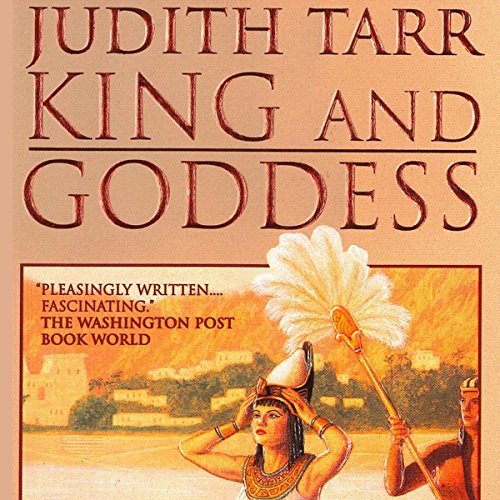 Written by: Judith Tarr
Narrated by: Coleen Marlo
Try for $0.00

In ancient Egypt, a woman might be king - but the price she paid would bind her soul for eternity.

Hatshepsut, the Great Royal Wife, is bound in marriage to her brother, Thutmose, whom she despises. Unable to give him a son and heir, though she does produce a daughter, she sends him a surrogate and a distraction, the beautiful young concubine Isis. Isis provides him with an heir, but when the king dies while his son is yet a child, Hatshepsut raises herself from queen regent to ruling king. And all the while, the royal heir, the son of the concubine, watches and waits. Senenmut the scribe, sharp-tempered, arrogant, and much too intelligent for his own good, is sent to the queen as a servant and becomes her friend and more than friend. With Nehsi the Nubian, her loyal guardian, he defends her in both life and death and sets out to preserve her memory for everlasting.

“Egypt's ‘most notorious’ female king, Maatkare Hatshepsut, is the captivating subject of Tarr's latest novel of ancient Egypt. Tarr evokes Hatshepsut's ruthlessness as well as her vulnerability, and provides vivid portraits of Senenmut, Thutmose III and other real historical figures. Hatshepsut's courtship of the Egyptians, her peaceful reign and Thutmose III's ultimate revenge against her add up to a dramatic tale.” (Publishers Weekly)

What listeners say about King and Goddess

This is a must read/listen if you love ancient Egypt. It is so hard to find a good book or even information about Hatshepsut. This book is a fantasy but it was well thought out and delivered. Little can be confirmed from this era but I think the author did a great job bringing it to life. Some of the language sounded very European and Middle Ages but I still really enjoyed the story.