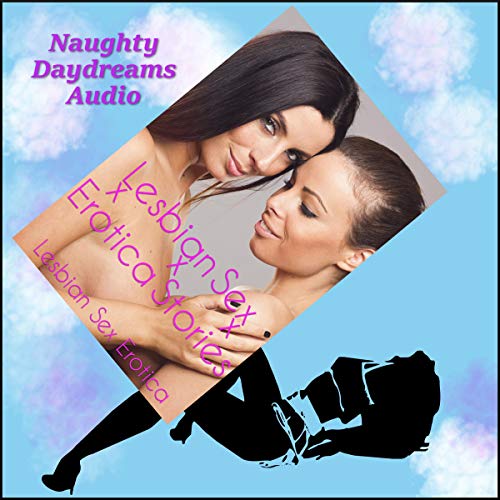 Written by: Nancy Brockton
Narrated by: Michelle Jones
Try for $0.00

What woman hasn’t thought about how a friend’s or coworker’s soft lips would feel pressed against her throbbing p---y? Well, in this collection of six lesbian sex explicit erotica stories, you get to find out what happens when fantasy meets reality.

3. What Would My Husband Think?

4. While Her Husband’s Away, the Girls Will Play (A First Lesbian Group Sex Erotica Story)

Danielle has all she could want - an attractive and successful pilot for a husband, a beautiful house, nice neighbors, and a successful career. When a new woman moves into the neighborhood she also finds herself with an invitation to a special party, a pleasure party. Since her husband is away on a flight, she decides to attend. She discovers from some of the neighbor wives that it’s almost like a Tupperware party, but it’s not for dishes! Instead, at this party Danielle will have her first lesbian sex experience with so many of the neighbor’s wives that the only way to describe it is an all-out lesbian orgy!

6. Fire at the Station (Blackmailed into First Lesbian Sex)

Ally and Donna have been best friends since childhood, and they couldn’t be more excited when they get their firefighter certifications and are stationed at the same fire house. It turns for the worse right away though. The station has six chauvinist men and no other women. In fact, there aren’t even separate shower facilities! It’s clear the station commander would rather they weren’t there. Suddenly, Ally finds herself blackmailed into having first lesbian sex in front of all of the guys. Her choices? Watch her best friend be fired or walk naked in front of everyone and have her very first lesbian sex! Can she do it? Can this straight-laced girl have public sex? Can she really have shower sex with her best friend right in front of everyone?

There were parts where the narrator repeated phrases, as though this was an unedited reading. Five very short stories doesn't seem worth one credit to me. Especially when two of the stories (the sorority and the fire fighters) feature rape/non-consent. Those made me uncomfortable and I had to skip through. I shouldn't have expected much. There's little to no diversity except in the first one about a college roommate who is really tan. Unfortunately there weren't any stories about committed lesbian relationships; that's what I was looking for.

Good, hot stories that are easy to follow. Michelle Jones did a great job with narration