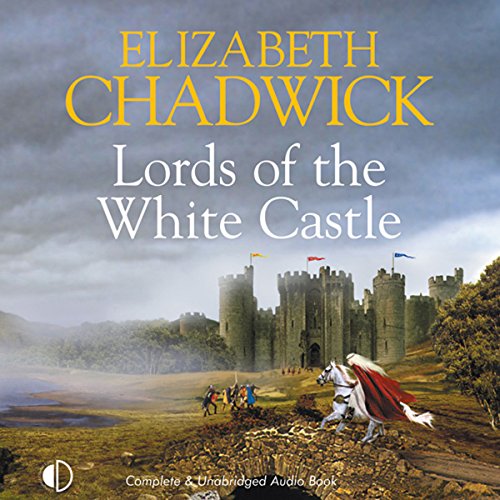 Lords of the White Castle

Written by: Elizabeth Chadwick
Narrated by: Christopher Scott
Try for $0.00

Westminster, 1184. As a reward for loyalty to the crown, Fulke FitzWarin becomes companion to Prince John. But the FitzWarins are as proud as they are true, so when John accuses Fulke of cheating at chess, his response is inevitable - and disastrous.

Thus begins a bitter and life-long personal rivalry. The FitzWarins dream of returning to their family home, Whittington, taken from them during a war. But John is vindictive and his delight in denying the FitzWarins what is rightfully theirs leads to Fulke's renouncing his allegiance and turning outlaw.

What listeners say about Lords of the White Castle

Long but worth it!

What did you love best about Lords of the White Castle?

The plot. It wasn't formulaic and predictable. It was a very long book- I had to put it down and come back to it because there was so much information to process. I usually listen to books while driving so I couldn't always pay attention to detail and had to rewind quite a bit in the beginning.

It isn't a romance in that everybody gets everything they want-this is the 13 th century and life is hard. Having said that, there is a nice romance/relationship in it.

Which character – as performed by Christopher Scott – was your favorite?

I think he did them all well.

I was fascinated by the way women were treated. I knew marriages were based on politics or power instead of love and that women had no power or control unless it was given by her father or husband, but listening to this book gave me a better understanding of their lives. It was frustrating at times to listen to these situations( Maude's father was the worst, I wish we knew what his bride thinks of him after they had been married awhile)

My only criticism is that there is music played in between the chapters and I found it annoying and it broke up the flow of the story- VERY distracting. That is why I gave the performance 4 stars.

Wonderful read. I absolutely love Elizabeth Chadwick's books and this one was no exception. She literally makes the characters step off the pages and become real to the reader. She is an excellent writer and knows how to keep the reader's attention throughout what could be a dull, staid period in history. This particular book was about Fultz Fitzwarren and the lifelong struggle he had with King John and the way it affected his life. It was so interesting that it made me stop reading and look up the actual history behind the book. I highly recommend it.

If you could sum up Lords of the White Castle in three words, what would they be?

Which character – as performed by Christopher Scott – was your favorite?

Christopher Scott is fast becoming one of my favorite readers !!!

elizabeth chadwick's stories of chilvary & romance never disappoint, her books are so delicious to read !!!!

Good frolicking romp through the Norman times. Very predictable but then if you are looking for an easy listen this will suit you just fine. There were times when I wanted to say 'Oh get on with it will you' to the author. In my opinion it would be well placed published in episodes in a womens magazine. Personally I prefer the legend of Robin Hood and Maid Marion if we're going the road of the wealthy landowner dispossesed by wicked King John, turned outlaw, living in the forests and making forays into the outside world to be 'loved by the good' and 'feared by the bad'.
4 stars for a light hearted story which held together because the characters were interesting and the reader was allowed to get to know them well... and no stars for the historical content.

Romantic, But Not a True Romance

More epic than I usually go for (in terms of length), but there’s plenty going on and the pacing is good. While the setting feels authentic and paints a vivid picture of what it was like to live in those times, the author didn’t go overboard with details. It would make a fantastic movie. The characters are all consistent—they speak and act reasonably for who they are. Though it does have a strong romantic element (via Maude and Fauk), it doesn’t meet my criteria for a romance. Rather, it follows the life of Fauk FitzWarin, beginning with his youth. It’s about his goals, and challenges (and thus, Maude) in the context of medieval England in the time of Richard the Lionhearted through the Magna Carta and King Henry. The narrator was excellent.

This is one of those books that when it’s finished you want to start it over again right away.