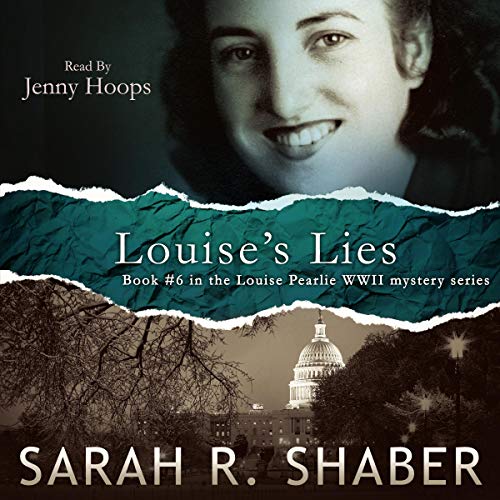 When a body is discovered in a Washington bar, government girl Louise Pearlie is forced into a role of lies and deception.

On a bitterly cold night in December 1943, government girl Louise Pearlie and her friend Joe Prager are enjoying a quiet drink in the Baron Steuben Inn, when a bloodstained body is discovered behind the bar.

Although the victim had been a regular customer, no one seems to know anything about him. When it turns out there is a link to Louise’s top-secret work at the OSS, she is ordered to find out as much as possible about the murder while keeping the connection secret from those involved, including the investigating police detective.

Although Louise has been trained to keep secrets, the constant deception is taking its toll, especially when she discovers that she’s not the only customer at the Steuben that night with something to hide. Will Louise’s silence result in an innocent man being arrested for murder?

“Shaber does a fine job portraying the plight of alien residents in wartime Washington, besides conveying the hectic atmosphere of a city whose resources are stretched to the limit by an influx of new workers.” (Publishers Weekly, starred review)

What listeners say about Louise's Lies

Louise is caught having to investigate, due to her top secret work, and being at the bar. When a body is found behind the bar. Good mystery and the added detail of that time period and working in .washington.
Given audio for my voluntary review and my honest opinion

Don't let the fact that this is part of a series stop you from reading this book! Not only are there enough references to keep you involved but the story and and the characters and the historical references are totally engaging.
Two people walk into a bar. .. well, they did. But what came next was a bloody corpse, not a punch line. It's a good thing that the investigating detective is known and friendly to Louise or things could really get messier. Both the detective and Louise investigate separately and things get more convoluted. An excellent read!
Jenny Hoops is really great as Louise and the narrative, and even better than most at defining the other characters.
I won this audiobook in a giveaway! I really win!