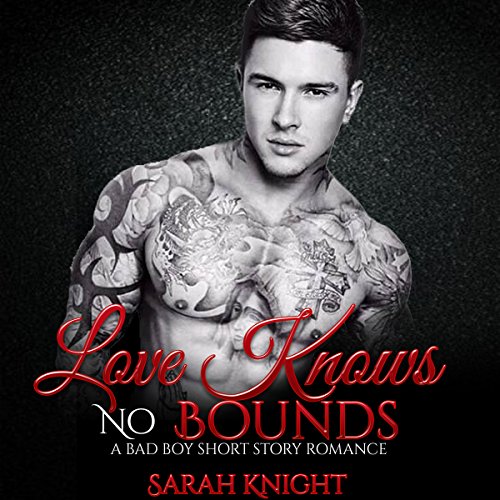 Written by: Sarah Knight
Narrated by: Courtney Hampton
Try for $0.00

She became lonely. Suicidal thoughts emerged. A gun got cocked...fists were thrown.

Liara Attinev was at a major crossroads in her life. She had been mistreated in the romantic department by so many guys in such a bevy of different ways it was ridiculous.

Unbeknowst to her, she was about to meet the guy of her dreams.

Oliver Terexo. A man held in extremely high regard in the criminal underworld. He could have easily been misperceived by certain people as a bad boy, but a girl like Liara would be able to see right through his tough exterior to the genuine heart he held within.

Oliver never wronged anyone that didn't have it coming. He treated people the way they deserved to be treated. For better or worse.

He was going to be in attendance at the very same club she was on that night.

The only problem was she had to make it to the club first. Would she indeed convince herself to continue living in the hopes of one day prospering with the perfect spouse for her, or would she allow her unrelenting, emotional lonesomeness to get the best of her?

Will that .44 caliber Magnum pressed firmly against her temple go BANG? That is the only relevant question that remains unanswered as the clock continues to go tick tock.

What listeners say about Love Knows No Bounds

I gave it one star because I can't give zero. Not only is the book horribly written, but it has a horrible moral story to boot.

Overacting in the narrative, couldn’t make it past the first 30 mins. Not worth my time. Ugh