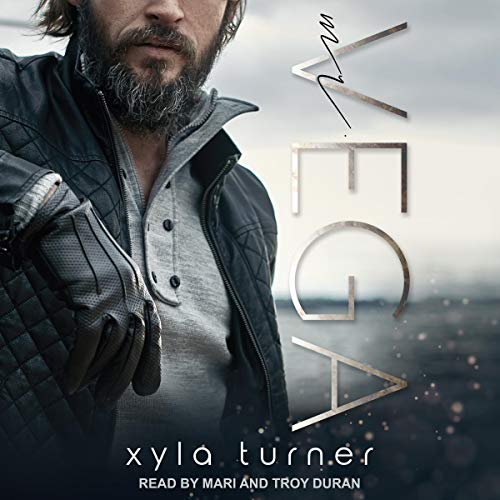 I didn't want this woman to be my nanny. She had no experience and a failed art career. What did she know about rearing children? She was my late wife's choice, and I didn't too much care for the woman, and she didn't care for me, either.

Until all hell broke loose and the nanny was the only one my son could turn to. The only one we could rely on. She kept us going, and then she wanted to leave, too. Not a damn chance.

There could never be anything between me and Mr. Vega. He was the father of the boy in my charge. I was his nanny. Nothing more and nothing less.

The lines needed to be clear between him and me, but a nagging feeling told me he would keep them blurred.

What listeners say about Mr. Vega

The heart wants what the heart wants. My heart wants Mr. Vega! Freaking hot! Troy's narration had me feeling heat in all the right places. His voice, my goodness. 🔥🔥🔥This was a mature and sophisticated love story that dealt with finding love in places you would never want to go or find it unimaginable. This story was skillfully written. Loss of a beloved spouse and mother is a difficult thing, but this Arthur gave a bird's eye view into the struggle through the nanny. The story was so well written and narrated I was completely captivated and loved every single minute of it. Tons of Pearl's of wisdom dropped, counseling essentiaI, made this such a respectable and responsible story. I laughed and cried and most importantly, if I had a man like Logan Vega, I can easily give up my ass, because he earned it. He was smooth, mature, patient, swooning and a New Yorker thru & thru. Gosh, Mari did Faith so Epic! Mari is a smooth master narrator and my favorite of all time. This is a keeper yo and I'm listening to it again. Xyla Turner, you rock!

I love this book! I'm so happy and excited that it's on audible! The narrators were perfect for this book! Can't wait for more!!!😁

As always, the easy part. I love Troy Duran and I wish there were more well wrtten books with his narration out there! I also love Mari but she is one of those narrators you either love or hate. I just happen to love her so no complaints from me :) This is my first listen by Xyla Turner. The cover + summary pushed me to add it to my wishlist. Fast foward a few weeks later and I finally took a chance. This isn't your typical nanny story. This isn't your typical single dad / dead wife story. Turner took these tropes and weaved a very realistic, low drama story that is captivating, funny, sexy and totally worth 1 credit. I love that she chose love first then lust! I love that she touched on real life problems and choices. I love that she wrote an adult book with drama that wasn't centered of some miscommunication btwn the H/h. Believe me there was drama, after all the H/h were opposites in all aspects but somehow even I believed they fit! I look forward to more.. hopefully Turner will keep spitting out wonderful listens! IMO worth a chance and definately worth my credit

I am sooooo in love with this book, this is definitely going in my favorites...

Great book! Starting to really like Mari & Troy. However, the accent....Being from a Caribbean family, I cringed each time. LOL! Still amazing narration that draws you in & makes it seem so real.

This is a great story about major events that occur in life and how the major event is handled. The way Faith acted when it seemed the decision was already made toward the end of the book was a bit confusing. Mr. Vega was a complicated man and like the way the book unpacked his issues. Narrators were good; however, not sure why Mari continued to go between having an accent and not having one. All in all, I thoroughly enjoyed this book.

The voice actors performance was absolutely stunning!!!! The male's voice performance carried the story all the way to it's perfection. I hope that Xyla Turner uses him for all of her books!!!

Great story, enjoyed the how evrything came together. More Troy Duran please. mari did a good job as well.